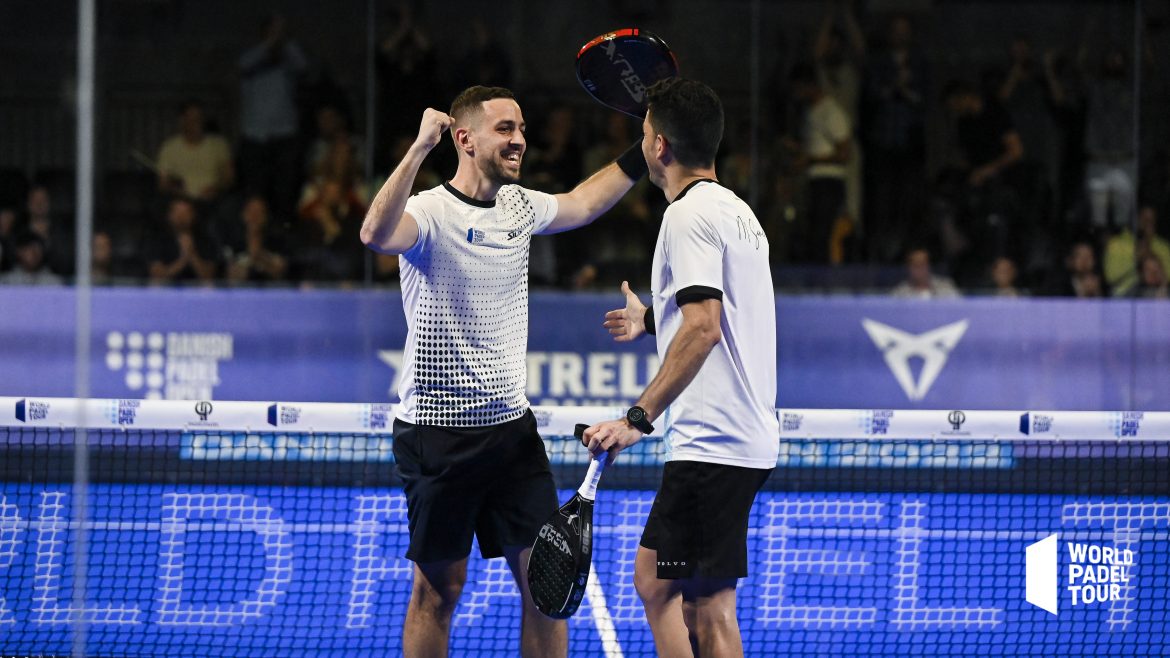 Maximiliano Sanchez and Lucho Capra repeat and after more than two hours of play manage to snatch victory against Pablo Lima and Franco Stupazuk.

This Friday already they had created the surprise by eliminating numbers 1 Juan Lebron and Alejandro Galan in two sets 6/4 – 6/2. This time they put the cover back against the Argentinian-Brazilian pair Lima - Stupa.

From the outset, the Argentinians show their fangs and do not allow themselves to be pushed around against their opponents. They manage to defeat their rivals by narrowly taking the lead in the first round.
We were then able to admire the tenacity of Pablo Lima and Franco Stupazuk. The favorites of the meeting were able to pick up the wagon during the second set, gradually regaining confidence and making the outsiders doubt. Well in legs and back to block Maxi Sanchez and Lucho Capra have not said their last word and after a suspenseful match that lasted more than two hours, the Argentinians snatch a very good victory to clinch their ticket for this Sunday's final.

A success that allows the two players to participate in their very first final of the season. Can they do as Valladolid last year ?

Whatever happens, this first big meeting will give them the necessary confidence to continue the season. This afternoon will be held the second semi-final between Sanyo Gutierrez – Agustin Tapia à Juan Tello et Federico Chingotto. Which of these four players will join their compatriots in the final leg of this Danish Padel Open?