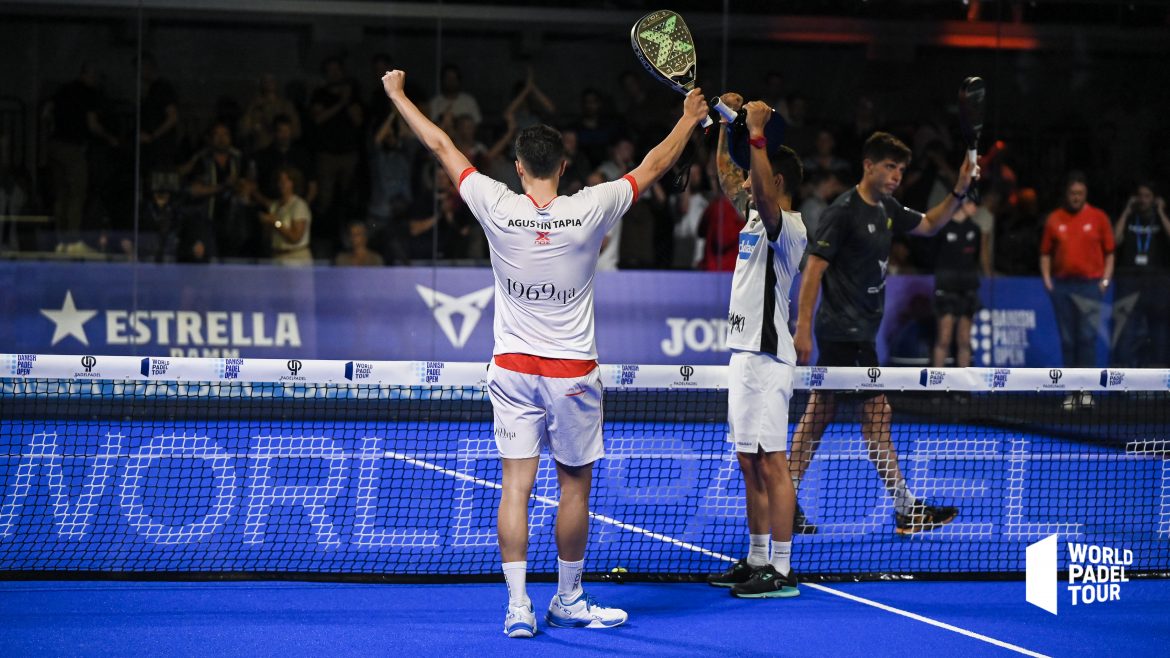 But what a game!

It is after more than two hours of play that Sanyo Gutierrez and Agustin Tapia win a new title this Sunday in Copenhagen for this Danish WPT Padel Open.

The public present in the stands as well as the viewers must have seen their thrilling leaps forward during this 100% Argentinian final. Indeed, the four players gave their all on the 20×10 and put on a big show.

A hooked start to the match

The start of the game turned to the advantage of Sanyo Gutierrez and Agustin Tapia but nothing was won against a I fight Capra intractable and a Maxi Sanchez solid as usual. Moreover, the outsiders managed to regain the lead and win the first round.

During the second set we were on the verge of reliving the same scenario but el Mago de San Luiz and the Mozart de Catamarca were able to be solid at the right time to regain the advantage and offer a third set to the public who were only asking for it.

Finish with a demonstration

Well recovered from their emotions experienced during the previous rounds, the number 3 of the circuit played their game and once the machine started, it was almost impossible to stop. The Argentinians inflicted a white set on their compatriots, allowing them to win the crown within the Danish Kingdom: 5/7 – 7/5 – 6/0.

Victorious in Reus last March Sanyo and Agustin won their second title of the season in Copenhagen and confirmed once again that they are one of the strongest pairs on the circuit.