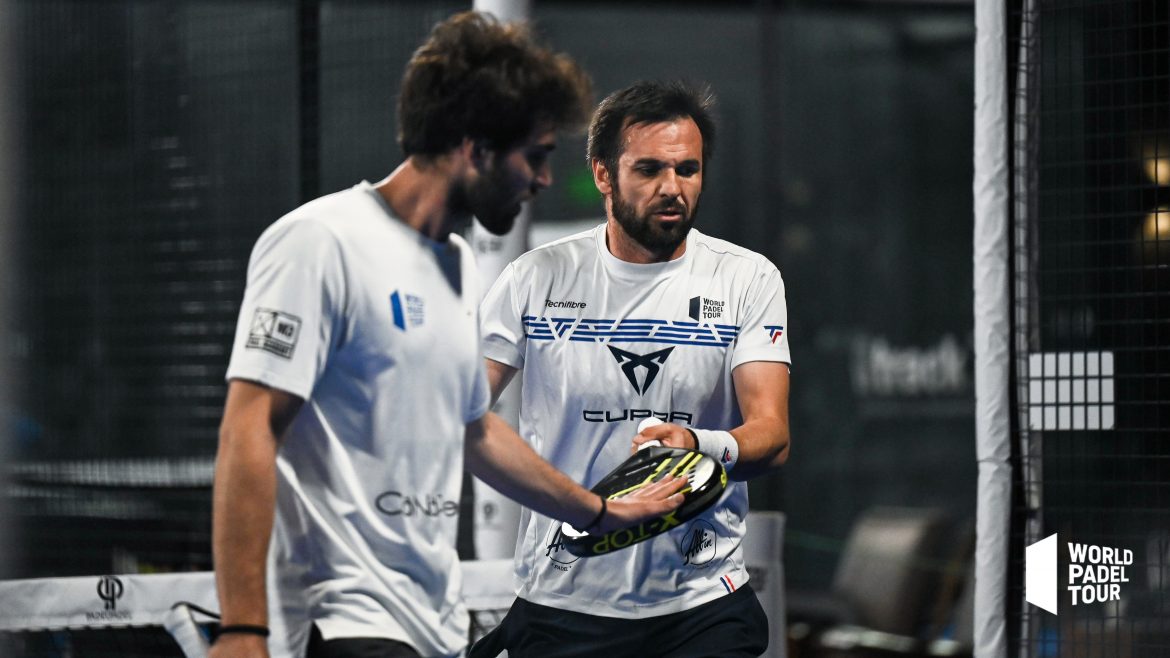 Big performance from Benjamin Tison and Teo Zapata who enter the final table of the World Padel Tour Danish Open !

After battling hard in the second round of previas against Del Castillo/Luque, Benjamin Tison and Teo Zapata performed well in their decisive match to enter the final draw of the WPT Danish Padel Open.

Indeed, not really favorites against Alba (53) / Alonso (40), two players who were found for the first time this year in previas, the Frenchman and his sidekick made the perfect match to win. in two sets. A convincing success (6/3 6/1) for Benjamin and Teo who eliminate the seeded 2 and offer themselves a real benchmark victory.

We will therefore find them tomorrow in the round of XNUMX, against another pair from the previas, that composed of Javi Leal and Uri Botello, for a meeting that promises to be explosive! Present for the third time of the year in a final draw of a WPT Open, will the Franco-Spanish pair manage to qualify for their very first round of XNUMX?

The two other pairs qualified for the main draw of this Danish tournament are as follows:

2 comments on “WPT Danish Open: Tison/Zapata in the main draw!"