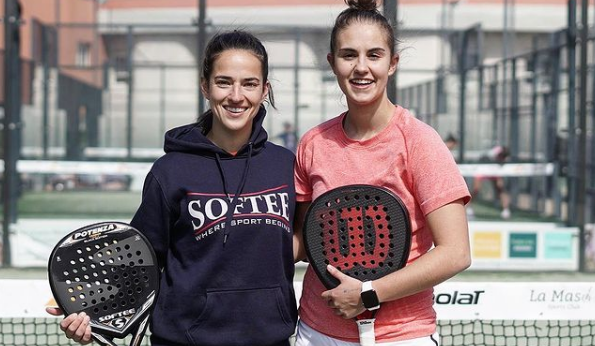 Recently separated from Teresa Navarro, Esther Carnicero did not hesitate to find a partner for 2021 on the World Padel Tour : Brazilian Raquel Piltcher.

Ester Carnicero will not be slow to bounce back! While she announced the end of her adventure with Teresa Navarro just 5 days ago, the 35th player in the ranking of the World Padel Tour has already found its replacement. She has it announced today on Instagram : it will be the Brazilian Raquel Piltcher, 33rd in the WPT ranking.

While she had planned to start the season with her compatriot Manuela Schuck, Raquel Piltcher had to change her plans quickly. Indeed, due to Covid-19, Schuck is stranded in Brazil and she will not be back for the first tournaments of the year. Everyone therefore finds their account.

The two Top 35 players will form an interesting pair, they have already started training together in Madrid, under the orders of Neki Berwig, Mélissa Martin's new coach !