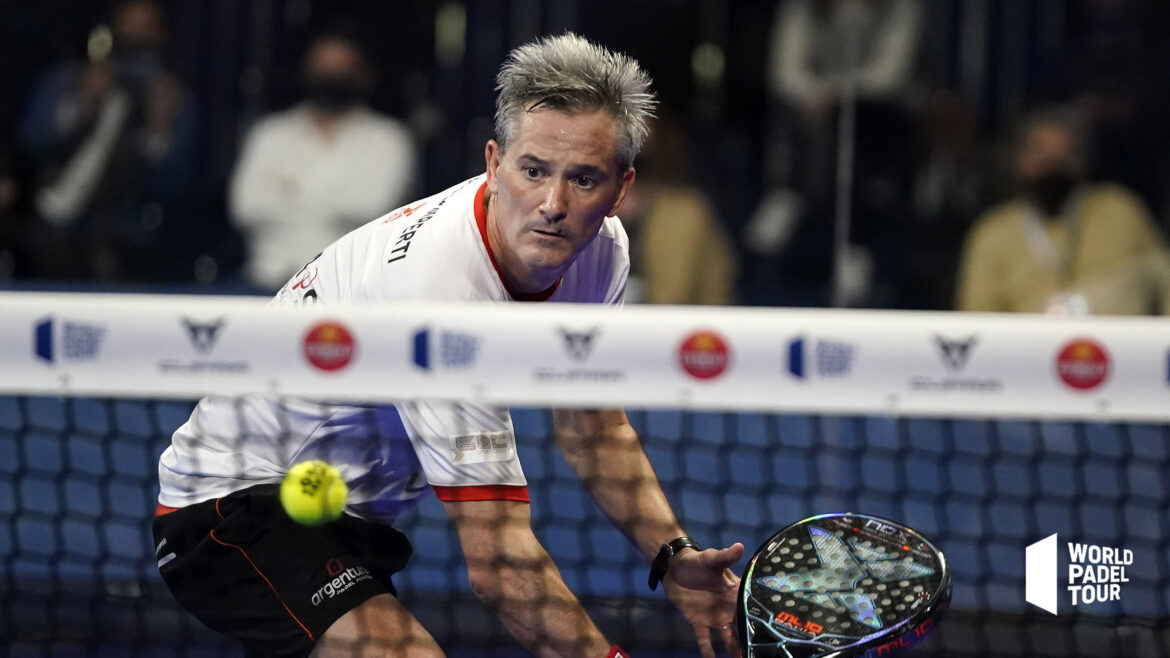 Here we are ! While the cream of padel world and some of our tricolor players are currently in Doha to play the first major tournament of the Premier Padel, World Padel Tour just released the tables of the next Challenger.

For this first meeting in this category of competition we will find some very beautiful people on the side of Getafe, in the suburbs of Madrid from March 27 to April 3, 2022.

As a reminder, a Challenger is a tournament in which the 12 best players (Men) and the first 8 (Ladies) are not allowed to participate.

That said, the public will not be left out because big names are registered for this event.

Directly qualified for the 1/8th we find the pair Miguel Lamperti – Jon Sanz.

Recall that the Argentinian is one of the big absentees in Qatar. Indeed, sponsored Nox, which manufactures the official rackets of the World Padel Tour, Miguelito (just like Agustin Tapia) has decided to respect the exclusivity clause which binds the players to the Spanish circuit.

Other well-known names are those of Martin Pineiro and Javier Martinez. They too are already qualified for the 1/8th.

If you want to know the men's table, it's just pass here.

No French player will be present for this competition, the tricolors having chosen to go to Doha.

Among the ladies, it is very beautiful people who will be present on the central track of the Polideportivo Municipal Juan de la Cierva de Getafe.

The public present as well as the television viewers will be able to take advantage of this tournament to see excellent competitors like Marta Marrero, Lucia Sainz, Marta Ortega, Bea Gonzalez or the sisters Alayeto.

On the French side, we will have the chance to be represented by our two players Alix Collombon et Léa Godallier.

The Lyonnaise and her partner Jessica castello will play in the round of 30 on Wednesday March 17 at 00:XNUMX p.m. against Xenia Clasca and Anna Cortiles, former partner of Castello. In case of victory, the Franco-Spanish pair will find the winners of the match between Villalba / Cañellas and Fernandez / Soriano.

For the player from Tahiti, always associated with Teresa Navarro, it will be a revenge for Vigo against Marina Guinart et Ana Catarina Nogueira the same day from 18 p.m.

It's a very important game for confidence because in case of victory Leah and Teresa will have to face Maria Pilar and Maria Jose Alayeto the next day.