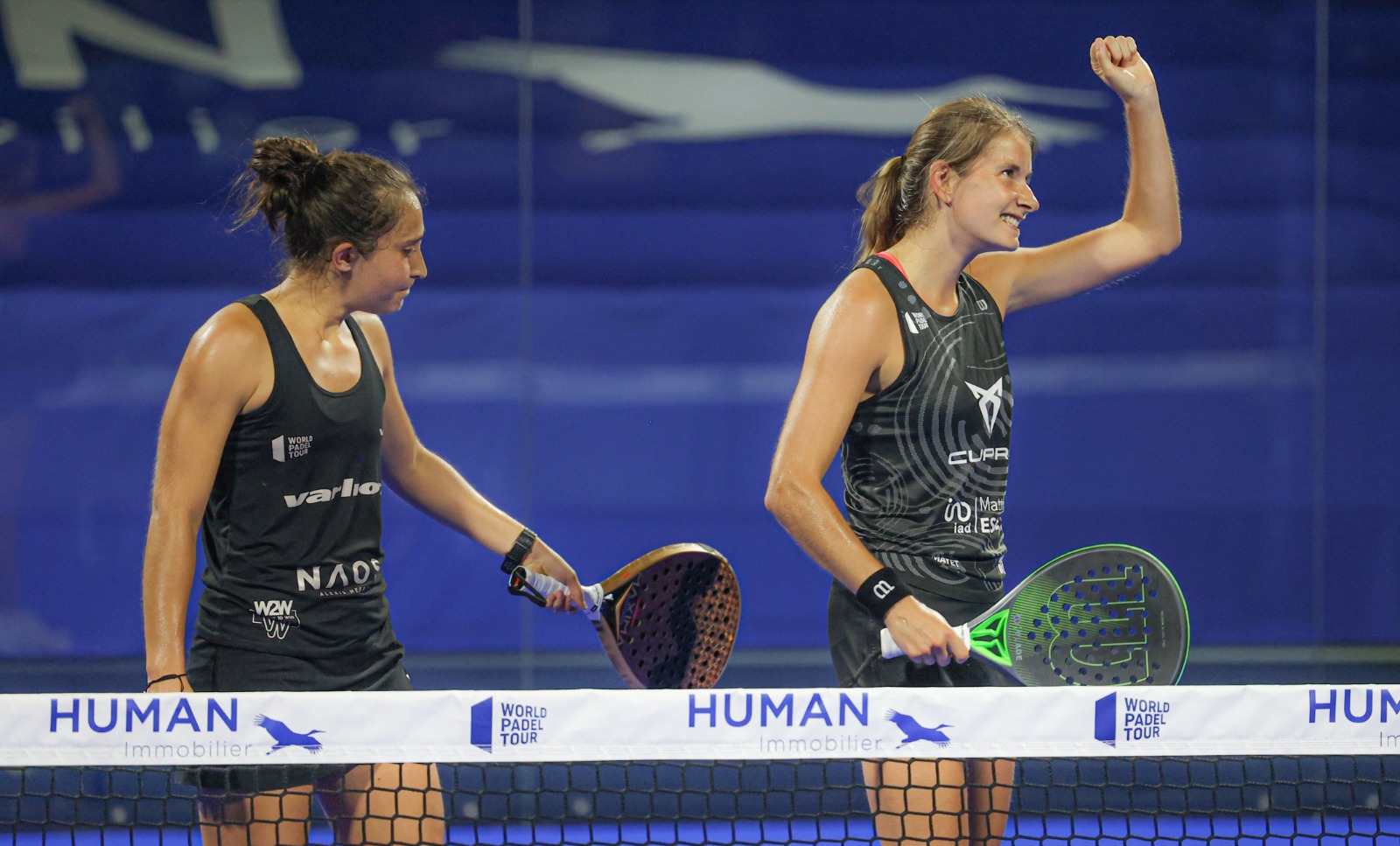 After more than 2h15 of play, Alix Collombon and Jessica Castello impose themselves in the face of Carla Mesa and Claudia Jensen during the 1/16th finals of this World Padel Tour French Padel Open.

Solid and aggressive, the Hispano-French pair didn't let go in the 20×10.

Alix and Jessica got off to a good start by taking matters into their own hands from the start of the match. After winning the first set brilliantly, the Lyonnaise and her partner were taken by the throat at the start of the second act by Jorge de Benito's players. The two pairs in a set everywhere, the public began to give way, offering this little extra boost to Castello and Collombon who managed to finish the job: 6/2- 2/6 – 6/4.

This great victory has a little taste of revenge for Alix and Jessica. Indeed in Vigo the Frenchwoman and the native of Alicante lost to the same Mesa and Jensen.

Before the meeting we talked to them and they confided to us: “We fear this pair a little, because on the one hand we lost against them in Vigo and on top of that they are two very strong players, having had very good results lately. Claudia and Carla nearly qualified for the final at the last WPT in Vienna. We hope to play a big game but we are not sure of anything”.

Pushed by the public

After this great victory, the Lyonnaise returned to her victory at the microphone of Padel Magazine "A huge thank you to the public for their support. It was a thrill to play with this atmosphere because we were in the tough times at some point. We had a few ups and downs, but we played well in the key moments against a pair that we knew were in great shape at the moment. »

Once out of the court, we asked the French n°1 about the relative lack of public during part of his match . " I know there was a big men's game on the nearby track. We didn't think about it too much, but it's true that our first two sets were a little lacking in rhythm, there were faults on both sides. We did a good first and they were average, in the second, it was the opposite. He ran out of hot spots to ignite the crowd and that's what happened in the third set.

Fortunately for us, the game next door ended when we needed support. It is clear that it plays to hear the public, to hear our names, frankly it gives chills and it's great. It's the first time that we, the French, have had the chance to play at home, because usually we're away all the time. It's nice, I really “kiffé” at the end.
Tomorrow we will play against Paula (Josemaria) and Ari (Sanchez), so it's not going to be easy, but at the same time, we have absolutely nothing to lose. I hope the audience will be there to confuse them a bit. I am very happy to have the opportunity to face these two great players, they are in very good shape and have won the last two tournaments… We will have to play a perfect match. »