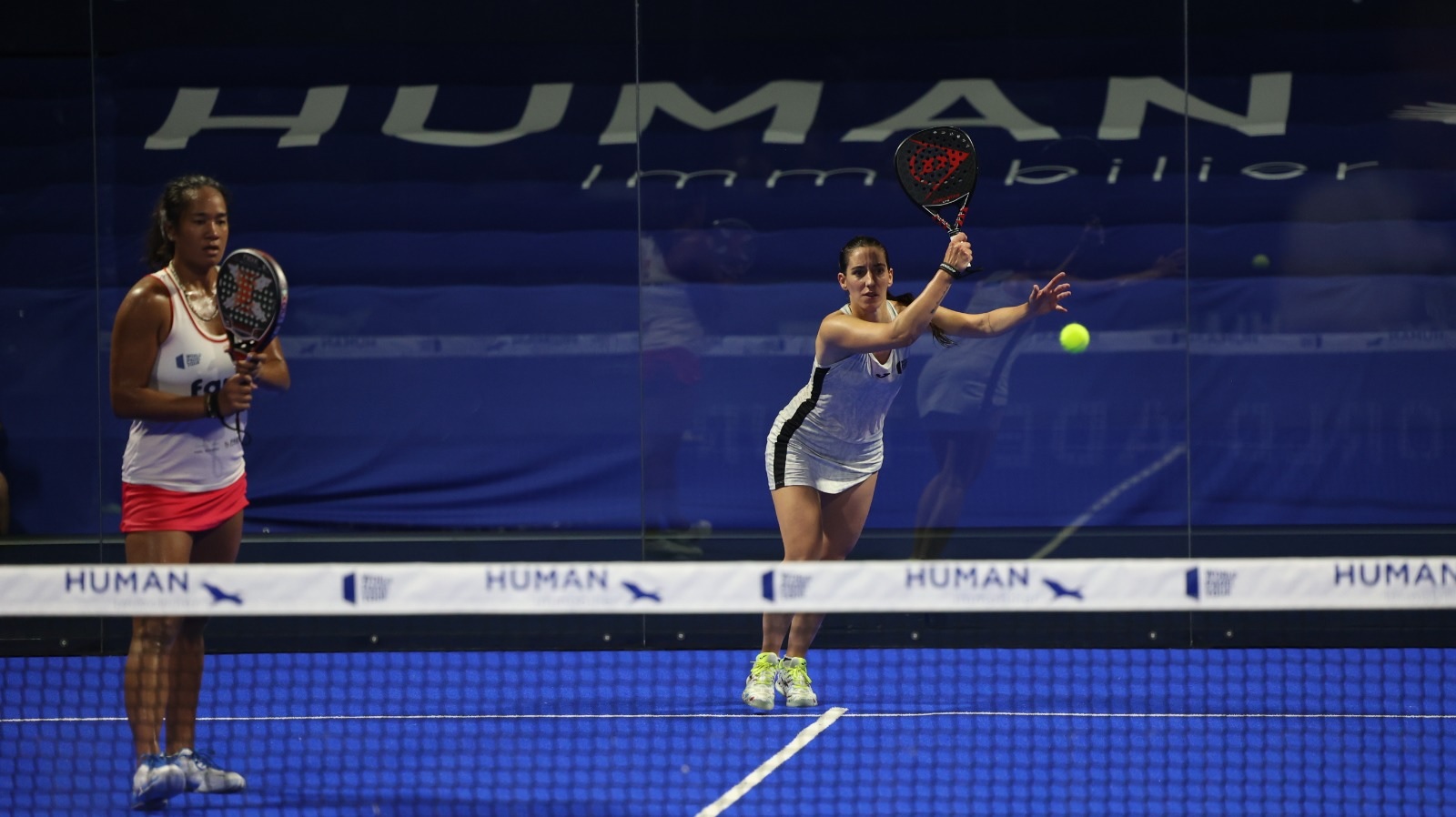 A one-way first round

In the first set, the French and her Iberian partner suffer the law of the Spanish and perhaps the challenge of this first match. They are tilting 6/1 but seem obviously below their potential level.

The second set is fierce, but the Franco-Spanish pair manages to break at 8e game. At 5/3, they win their service and offer themselves a 3e set, supported by a burning audience.

Teresa Navarro then requests the intervention of a physiotherapist before the start of the 3e set, but returns to the field without showing any sign of weakness.

The Sports Palace is on fire

In the aftermath, the lowest-ranked pair manage to make the first break of the set and lead 2-1. But in the next game, she has to save two break points: this is the case brilliantly for the first, but on the second, a lob from Teresa fails at the bottom of the window. The fight continues and at 6e game, Godallier and Navarro successfully save two more break points and equalize 3-3.

Meanwhile, the Palais des Sports is becoming more and more inflamed, with the hope that a Frenchwoman will reach 1/8e final.

Pushed by this public, Léa and Terera make a new break at 4-4 to lead 5-4, but then suffer a white break. Returning immediately to the battle, they repeat the break illico, leading 6-5. Virsedas and Las Heras do not admit defeat and manage to take the service of Teresa Navarro once again, in an unbearable suspense.

In the tie-break, the Spaniards manage to further raise their level of play, no longer committing any faults. A too easy volley offered, a vibora who takes the glass then an excellent cross volley from Las Heras makes the mission of Godallier / Navarro impossible. The latter still attempts a winning long line return, but it brushes the grid by a hair. At 2/6, an ultimate bandeja de Léa fails in the band of the net, sounding the death knell of their hopes of 1/8e.