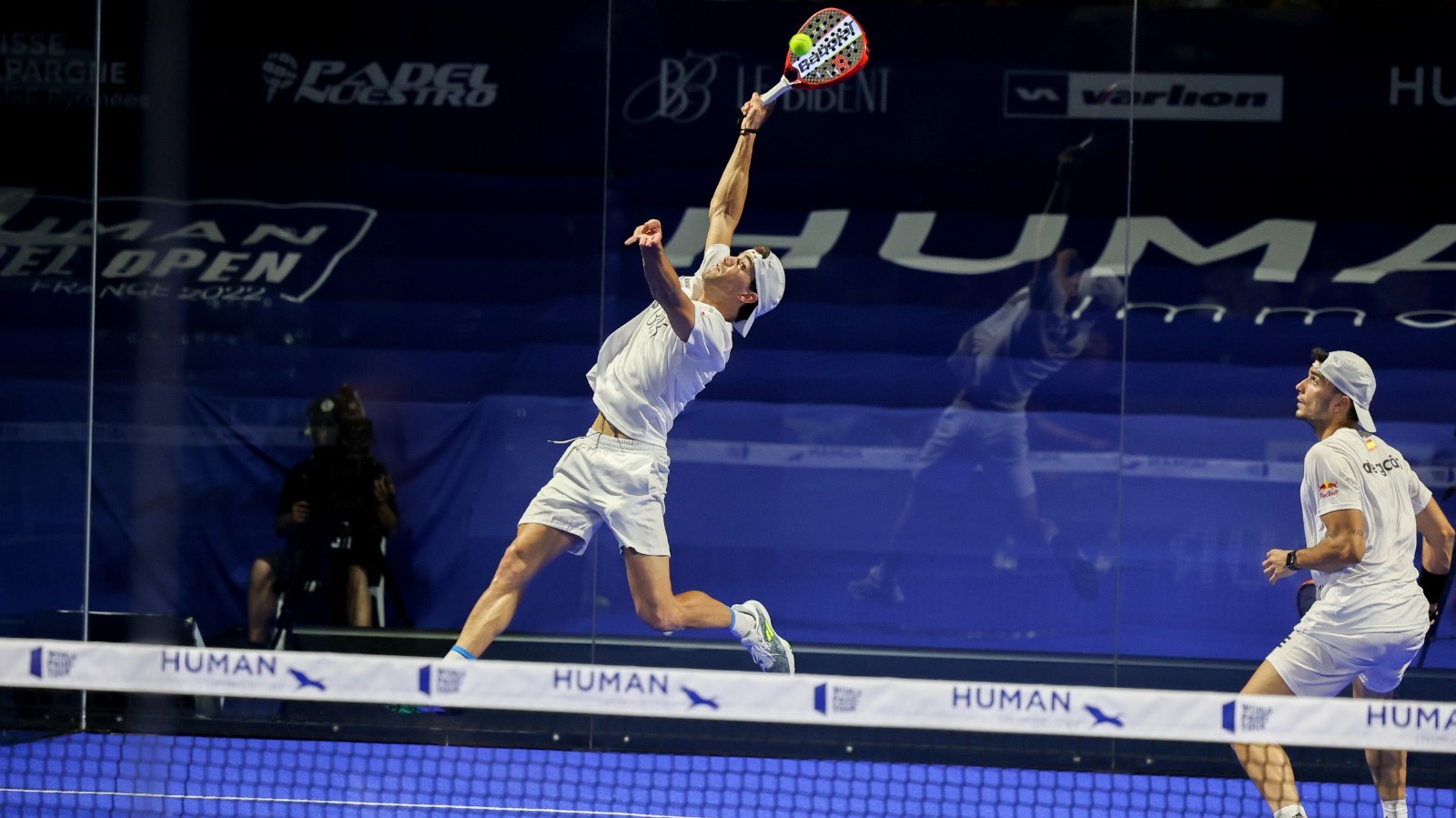 Juan Lebron and Ale Galan qualified in Toulouse for their seventh final of the season thanks to a victory in an exceptional match against Sanyo / Tapia.

La rematch of the vienna final gave us a magnificent show at the Human Padel Open. As in Austria, these two pairs had a lot of trouble deciding on the center of the Palais des Sports André Brouat.

While Lebron and Galan had started this semi-final very well, with a first set won in a fairly authoritative way, they saw the return in the part of Argentinians who nevertheless seemed a little below since the start of the meeting. Indeed, after saving a match point, Sanyo and Tapia managed to afford the second set in the tie-break.

While trying to recover a smash from Tapia on the set point, Ale Galan hurt his ankle, and behind the face was going to change completely. No longer concerned, the world champions would lose 11 points in a row, leaving the players of Gilardoni, in a state of grace, to lead 3/0 in the decisive round.

As they no longer spoke to each other on the pitch, Juan and Ale seemed set to collect a 6/0. But these two great champions, thanks to all their talent, managed to grab points which allowed them to stay a little longer in the match. A few magnificent drops, shot with the energy of desperation, would finally put them back in the game completely.

With a strapped Galan and a Lebron who seemed to be reborn from the ashes, they were going to save two match points and take advantage of the nervousness of the Argentines to return to 5/5. Behind, the numbers 1 once again became the steamroller that we know, and Sanyo and Tapia, who had missed the boat, could only see the damage. Final score: 6/4 6/7 7/5.

Like yesterday against Capra / Sanchez, Lebron and Galan will have suffered, but they still leave with the victory!