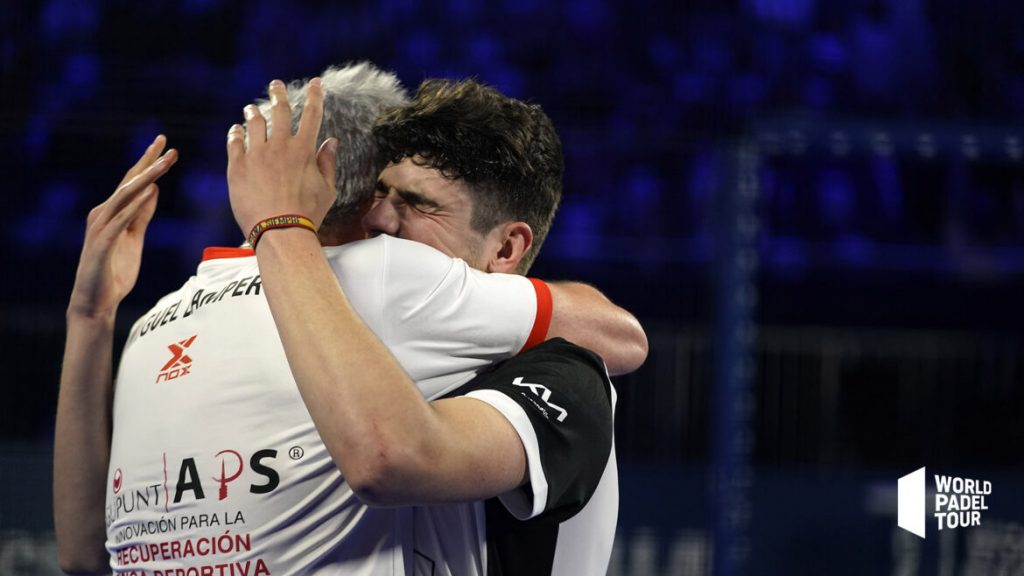 Arturo Coello and Miguel Lamperti have just announced their separation on the World Padel Tour. It will be done after Marbella Challenger.

Arturo Coello and Miguel Lamperti started the year with a bang, chaining two semi-finals in the first two tournaments of the year. And after, almost nothing. Despite their good will, the two men never managed to achieve such a good result.

Eliminated in the round of XNUMX in Valencia by Paquito Navarro and Martin Di Nenno, the Spaniard and the Argentinian have decided to separate. Arturo Coello just announced it on Instagram.

Coincidence or pure chance, Miguel Yanguas and Ivan Ramirez also announced their separation. When we know that Ramirez and Coello played together last season, and that Lamperti and Yanguas often shared the track during exhibitions or even the Spanish championships, we say to ourselves that it is very likely that we have pairs Lamperti / Yanguas et Coello / Ramirez at the WPT Las Rozas Open! For the moment nothing official, we will have to wait a little longer.