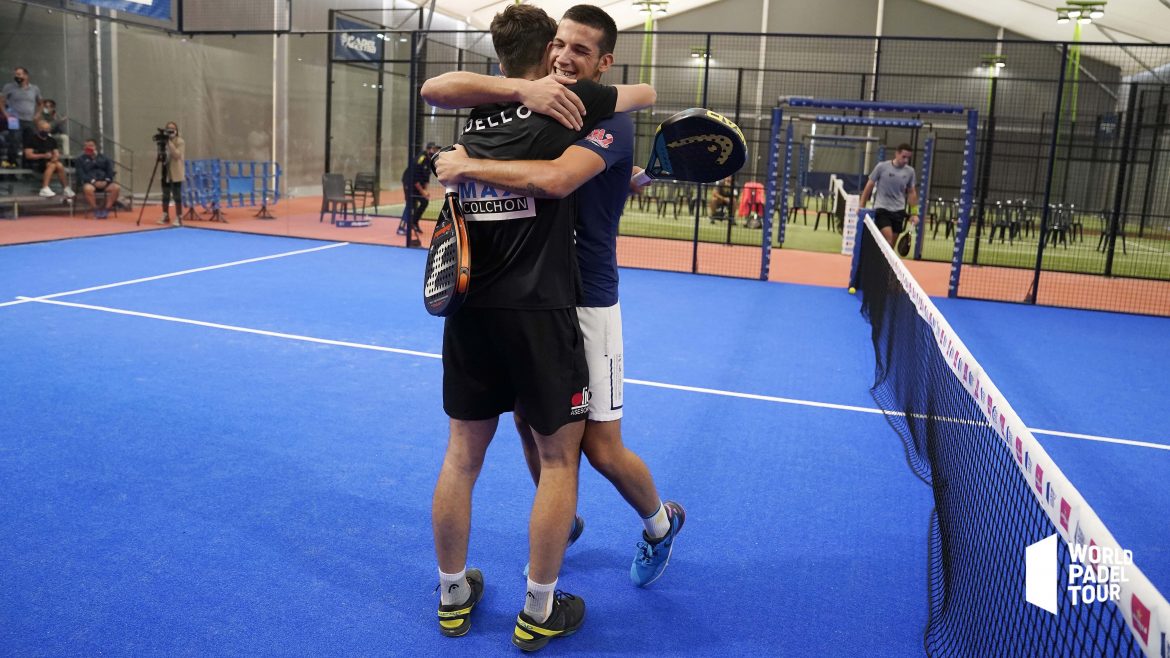 After beating Javi Leal and Miguel Semmler yesterday, Alex Arroyo and Arturo Coello knocked out Maxi Sanchez and Lucho Capra in the round of the WPT Lugo Open.

It's still a little surprise, Alex Arroyo and Arturo Coello, who, in the absence of Javi Ruiz, are playing their second tournament together, dominated the seeded 7 today and they will play in the quarterfinals tomorrow!

A 6/4 6/3 victory, which will allow them tomorrow to face Lima and Tapia, who are playing their last tournament together. Before certainly find Fernando Belasteguin, Arturo Coello would see himself playing his fourth semi-final of the season (in Open or Master).

For Capra / Sanchez, it's a new disillusionment after the premature eliminations in Barcelona and Cagliari ...