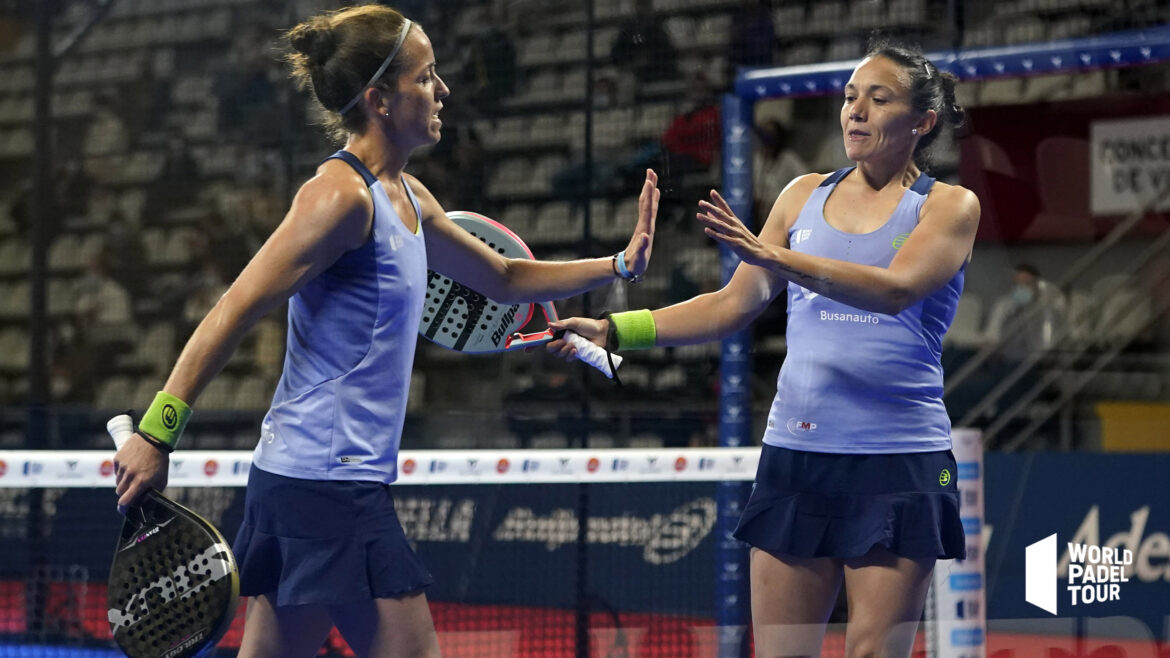 Sensation of the start of the season on the World Padel Tour, Patty Llaguno and Virginia Riera are back in the semifinals with this victory against Josemaria / Sanchez!

The quarter-finals got off to a strong start this morning at World Padel Tour Lugo Open! After the victory in three sets ofIglesias / Osoro facing Gonzalez / Sainz (1/6 7/6 6/4), these are Patty Llaguno and Virginia Riera who created the feat with their 6/2 6/2 victory against Josemaria / Sanchez! These two pairs will therefore meet tomorrow for a semi-final between outsiders!

Earlier, Alejandra Salazar and Gemma Triay had lost their first set in 7 games, against Amatriain / Navarro. The numbers 1 still came out with the victory: 6/2 4/6 6/2.

It now remains to know which pair will face number 1 tomorrow. It will be either Ortega / Marrero or Brea / Icardo. For the moment advantage for the Martas who won the first set 6/3.