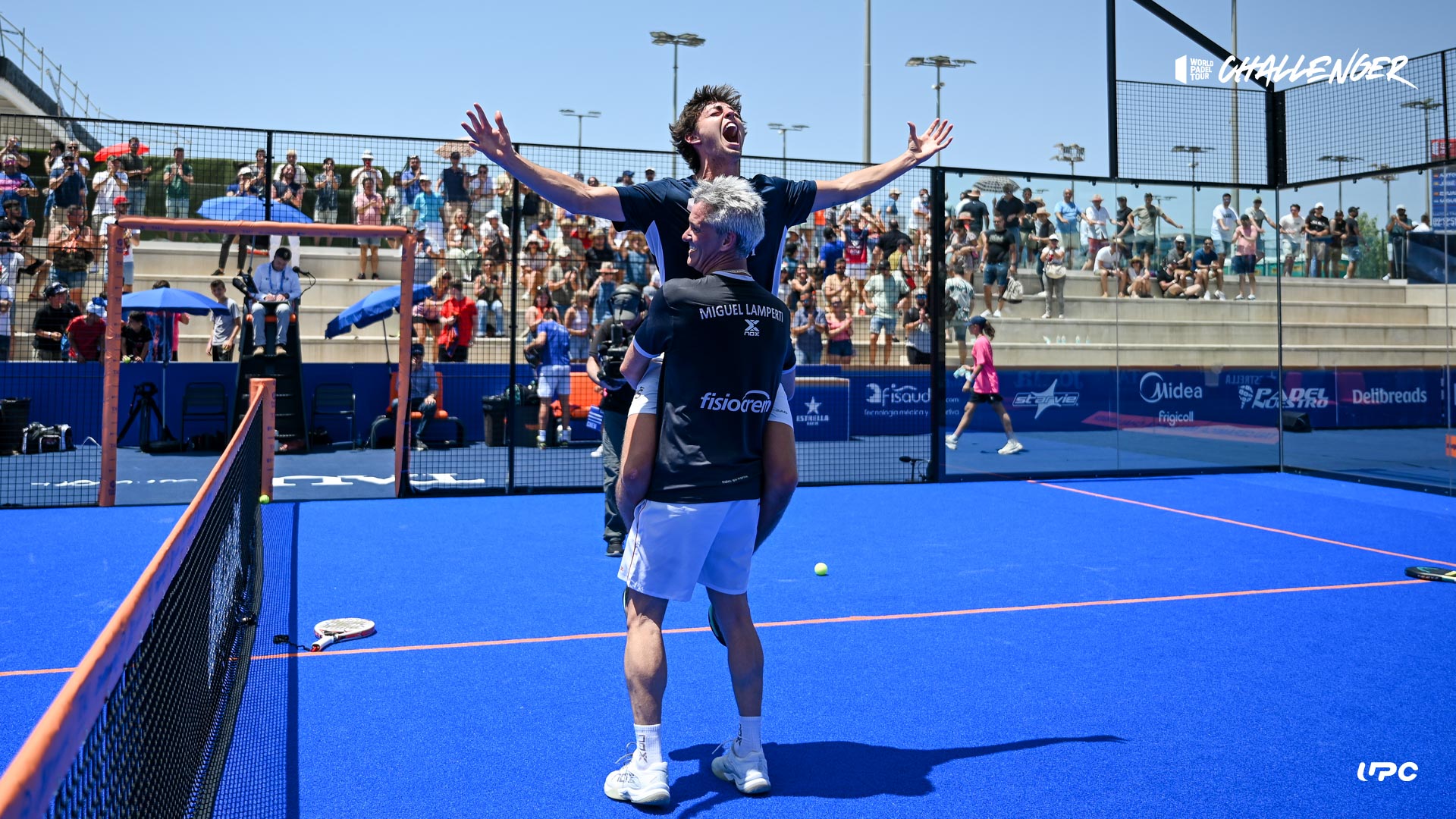 The pair formed for the tournament composed of Miguel Lamperti and Edu Alonso offers a first title at the WPT Mallorca Challenger.

A great first for 21-year-old Edu Alonso, who had never before won a title on the World Padel Tour. Alongside a fiery Miguel Lamperti, the player from Valencia will have played a very tough match to dominate Garrido / Sans in two sets: 6/4 7/5.

For Miguel Lamperti, it is already the second trophy of the season after the Getafe Challenger won with Jon Sanz. The Argentinian, as you can see in the video below, has once again made the Balearic Islands talk!

From now on, the four players of the final will find their respective teammates and will take the direction of Marbella, where the first Master of 2022 awaits them!