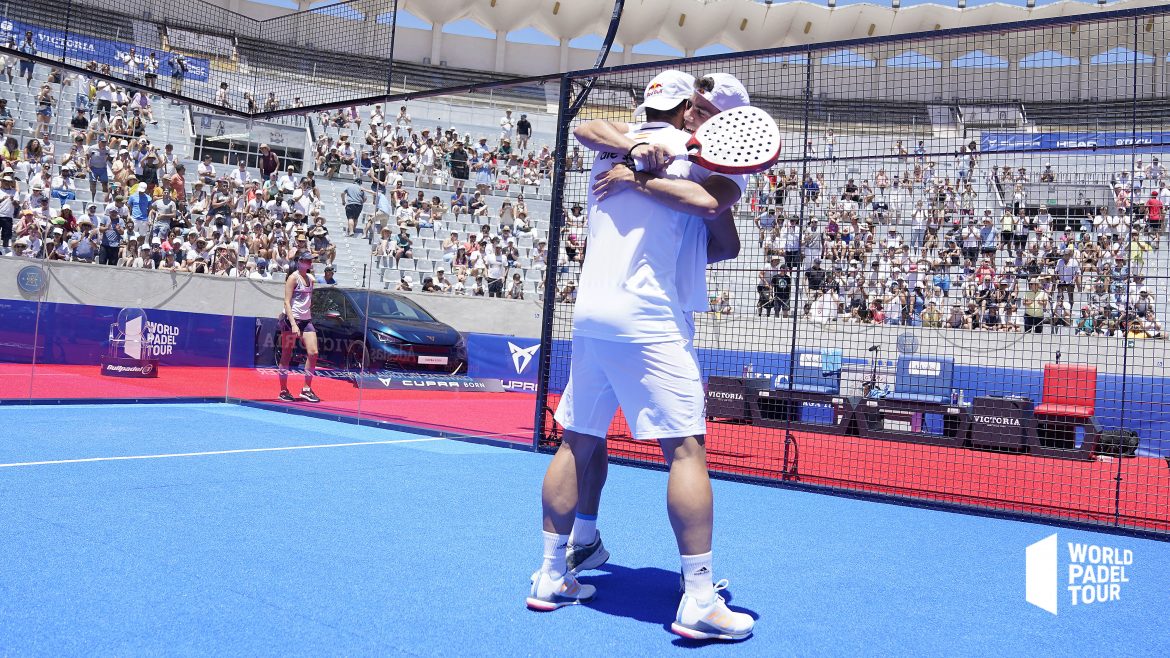 It is under a blazing sun and an exhausting heat that Juan lebron et Alejandro galan imposed themselves against Alex Ruiz and Momo González during the final of this first Master of the season.

After a complicated tournament in Denmark, the numbers 1 were keen to put things straight in Marbella. Intractable and solid as usual, they left the surprise pair of the competition no chance.

Showing once again the full extent of their talent, the Madrilenian and the Andalusian were perfect from start to finish, as evidenced by this break obtained in the 3rd game of the first set.

They thus won their third trophy of the season, thus consolidating their status as number 1.

Barely time to celebrate this great victory that their minds are already directed towards the next tournament which will be played in Vienna from June 05th to 12th.