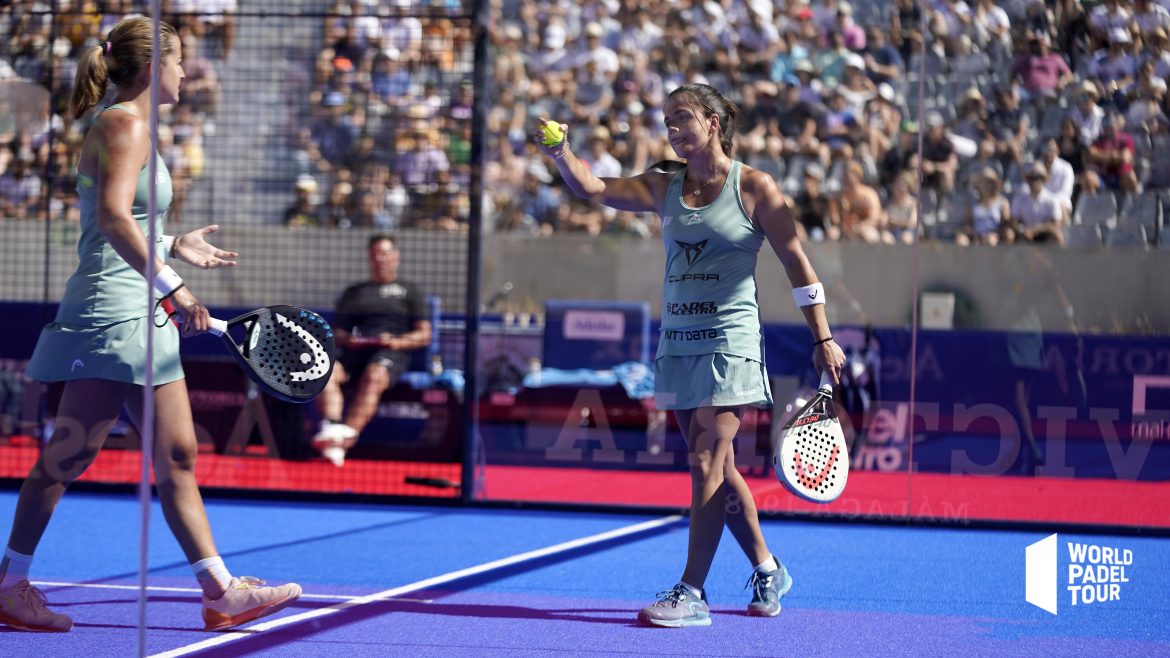 Paula Josemaria and Ariana Sanchez dominated Patty Llaguno and Virginia Riera to make their comeback in the final of a tournament of the World Padel Tour.

Finalists in the first four tournaments of the season, Paula Josemaria and Ariana Sanchez then suffered a setback during the stages of Brussels and Copenhagen. Back in the south, the Spaniards find colors!

Faced with Patty Llaguno and Virginia Riera, who arrived without having lost a single set in Marbella, the players of Miguel Sciorilli were very solid to win in two sets: 6/4 6/2. Thanks to this success, they return to the final where they now await the winners of the second semi-final which will oppose Iglesias/Osoro to Las Heras/Virseda at 16 p.m.

In the meantime, you can go to Canal + to see the men's semi-final between the locals González and Ruiz to the Argentinians Chingotto and Tello.