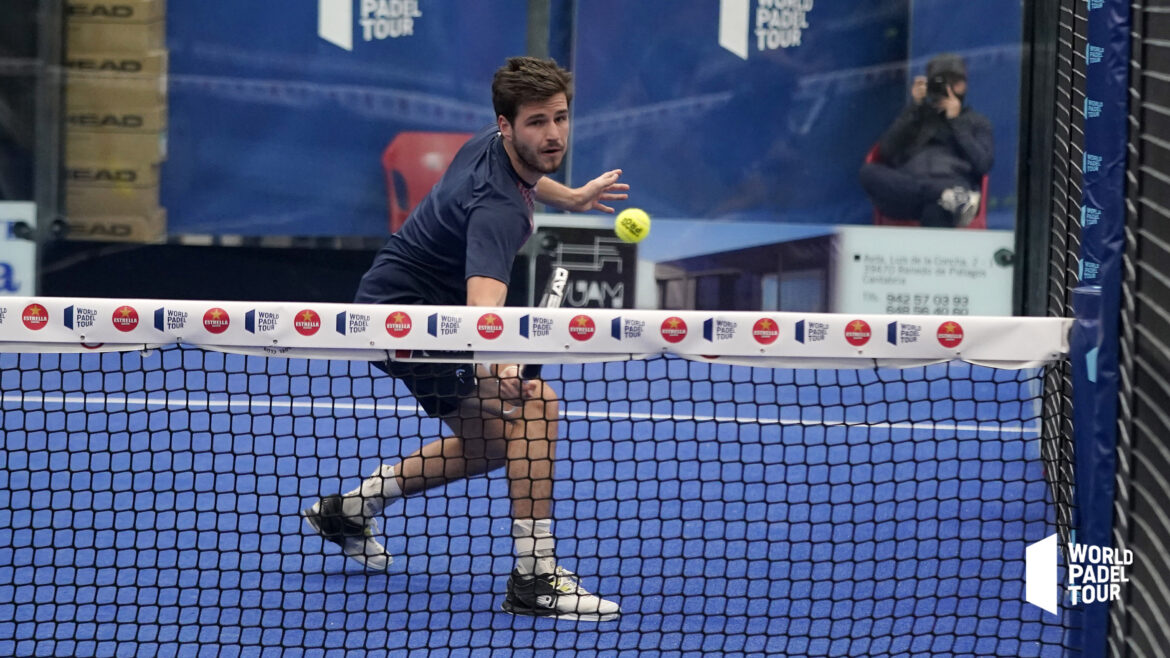 After a week of crazy competition in the North of Spain, in Santander, the next World Padel Tour will take place this time in Marbella, for a colorful Master.

It is in Andalusian soil that this fifth tournament of the 2021 season will be played and in which our French will try to shine.

For the Padel Magazine we can't wait to see the start of this new competition because in the light of paintings, the show promises to be assured.

The start of the preprevias will be given by a new pair who have not yet played any WPT tournament this year. This is about Adrien Maigret (170th) and his partner Jean-Thomas Peyrou (341st).

This is a first for Jean-Thomas because apart from an appearance on the WPT Paris Challenger, this is the first time that the 37-year-old Bordeaux has tried his luck in a competition like this.
They will inaugurate this day of padel from 09:00 am this Saturday face Carlos Mati Vaño (152st) and Federico Mouriño (162nd). Used to playing the preprevias, the Hispano - Argentinian pair are obviously more used to playing matches of this level… But with an offensive player like Adrien Maigret, a surprise is quite possible on the French side! 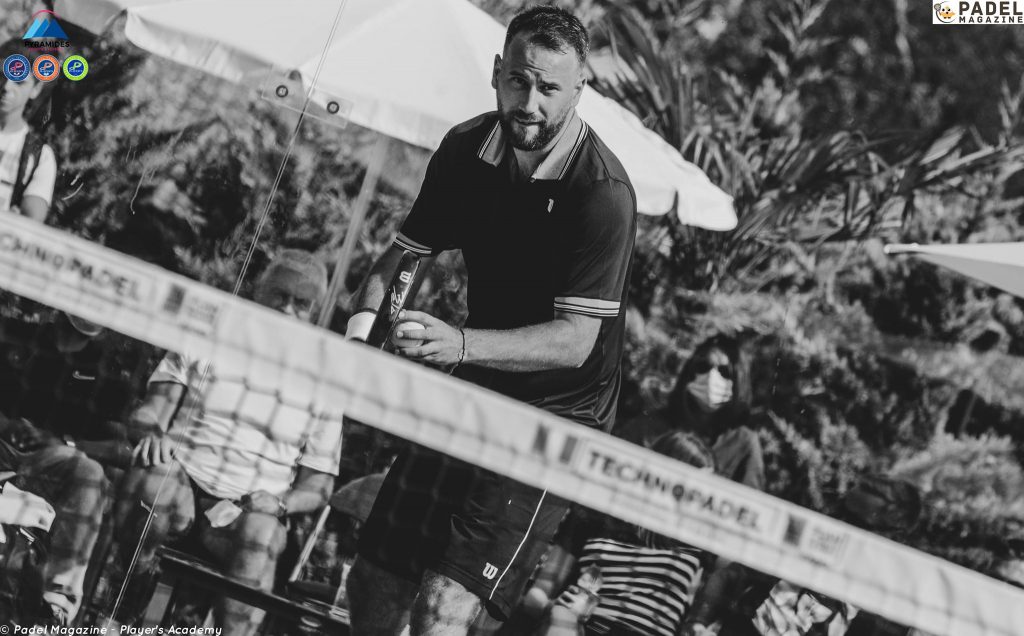 At the same time, it will be another Frenchman, known on the slopes of France who will make his entry, a certain Maxime Moreau (231st). Associated with the young Spanish Oscar Vazquez Fernandez (191st), the Cannois will perform there his first WPT of 2021.
The Franco - Iberian duo will face each other Gonzalo Perez (157st) and Juan Carlos Dia (189th) at 09:00 a.m. this Saturday. The Spaniards are more consistent this season than Moreau and Vazquez in view of the number of matches played since the start of the year. Although they are unable to access the previas, they have participated in all of the 2021 WPT competitions.

The third French to play this weekend is Johan Bergeron (109th). He will still be accompanied by his sidekick Simon vasquez (152nd), which is still in contention for the FIP Gold in Stockholm… The two friends will be confronted with 12h00 à Sergio Borrero (238st) and Hugo Garcia (180th). The Lyonnais and the Swede will be favorites on paper.

Finally the last French pair to enter the track is none other than the one made up of Bastien Blanqué (115st) and Thomas Leygue (279st).
From 13h00 the game can start facing Antonio José Cardona (159st) and Pablo Cardona Huerta (285st).
The French have a great opportunity to get their ticket for the second round which will be played that same Saturday, at 20 p.m., against the number 2 seed of the preprevias: José Carlos Gaspar Campos (84st) and Miguel Benitez Lara (108st).

Finally, thanks to their good results, Benjamin Tison (92st) and Teo Zapata (77th), enter for the first time directly in previas. They will kindly wait for their opponents on Sunday afternoon (18:00 p.m.), who, luckily enough, could be Simon Vasquez and Johan Bergeron! For this, it will be necessary for the Franco-Swedish pair to cross the table of preprevias!

Our two Frenchwomen present in Marbella enter directly into the main draw.

It is Alix Collombon (31st) who will be the first Frenchwoman to start the competition this Wednesday 09 June from 18 p.m.
With our Jessica castello (30th) they will have to dominate a new pair, Nuria Rodriguez (51nd)/ Alicia Blanco (48th) to reach the 1 / 8th finals.

On a good momentum, the Lyonnaise and her partner have every chance of qualifying against a weaker pair on paper. Then things will get tough, since they could find Patricia Llaguno (9st) and Virginia Riera (13th) on their way ...
Remember that Patty and Virginia, champions in Vigo and finalists in Santander, have made an excellent start to the season. A good way to test themselves for Alix and Jessica who are hungry for results on the WPT! For this, it will of course be necessary for the two pairs to win their respective sixteenths!

Quickly after, to 19h00, next up is Léa Godallier (38st) and Aridana Cañellas (56th) to enter the track. The Franco - Spanish pair will face a team from the previas. An interesting draw when we know that they could have faced an entry seed!

The potential pairs that could stand in their way are:

The opportunity perhaps to face Vivancos and Clasca, against whom Lea and Ari remain on a victory (in Santander on the score of 6/3 6/3)! 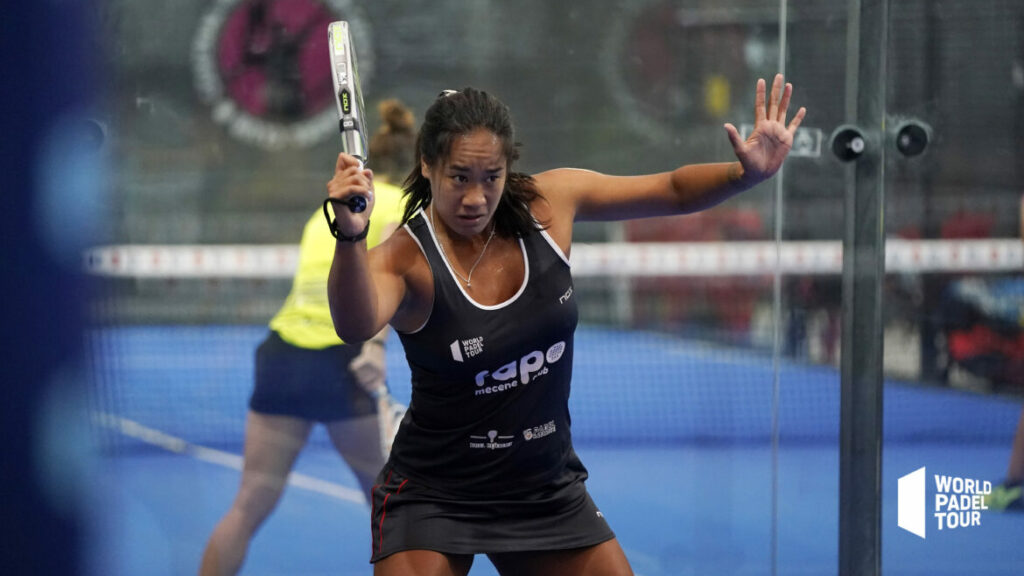 In case of victory, the Franco-Spanish pair could have a blow to play against potentially one of the pair who disappoints at the start of the season, the seeded 7: Amatriain / Araujo. To afford this opportunity, it will first be necessary to achieve a serious match in the sixteenth for Cañellas / Godallier.

We wish the French and their partners good luck. See you tomorrow for the first results!