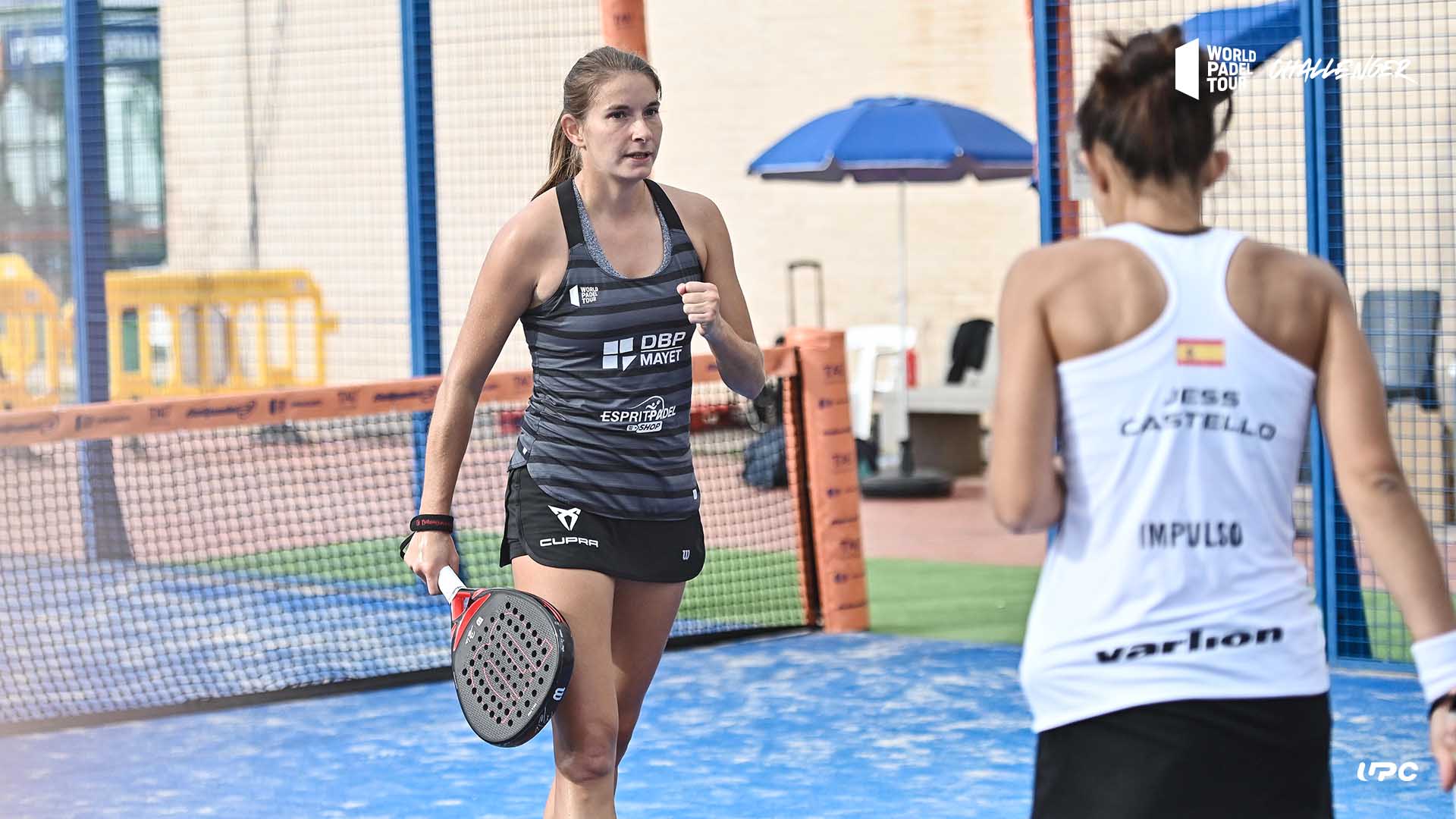 After winning yesterday in the sixteenth against Teresa Navarro and Alba Galan, can Alix Collombon and Jessica Castello create a surprise today against González / Ortega?

Opposed yesterday to the new Galan / Navarro pair, Alix Collombon and Jessica Castello had a big game to win in straight sets against these two seasoned players.
On their momentum from the Challenger won at Alfafar a few days earlier, the Frenchwoman and her partner immediately set their pace to win the first heat 6/3.

In the second set, the Spaniards started to pose a problem for Alix and Jessica but they were able to remain solid, taking advantage of the confidence gained last week to make the difference in the hot moments and come away with a victory in two sets: 6 / 3 7/6.

Enough to keep energy for the difficult match that awaits them today against Béa Gonzalez and Marta Ortega. A pair that has recently formed and who may not be as confident as the Franco-Spanish pair. Obviously, Castello and Collombon are far from being favorites against the number 6 pair of the WPT, but given their current form, we say to ourselves that it may be the right day to validate their primary objective: to return to the quarterfinals. of an Open or Master of the WPT.

The meeting will take place around 11:00 this morning. You will be able to follow the score on the WPT Marcador.

Note that Alix is ​​now the only French, Léa Godallier and Ari Cañellas having lost yesterday against Cortiles / Clasca: 7/5 5/7 6/1.