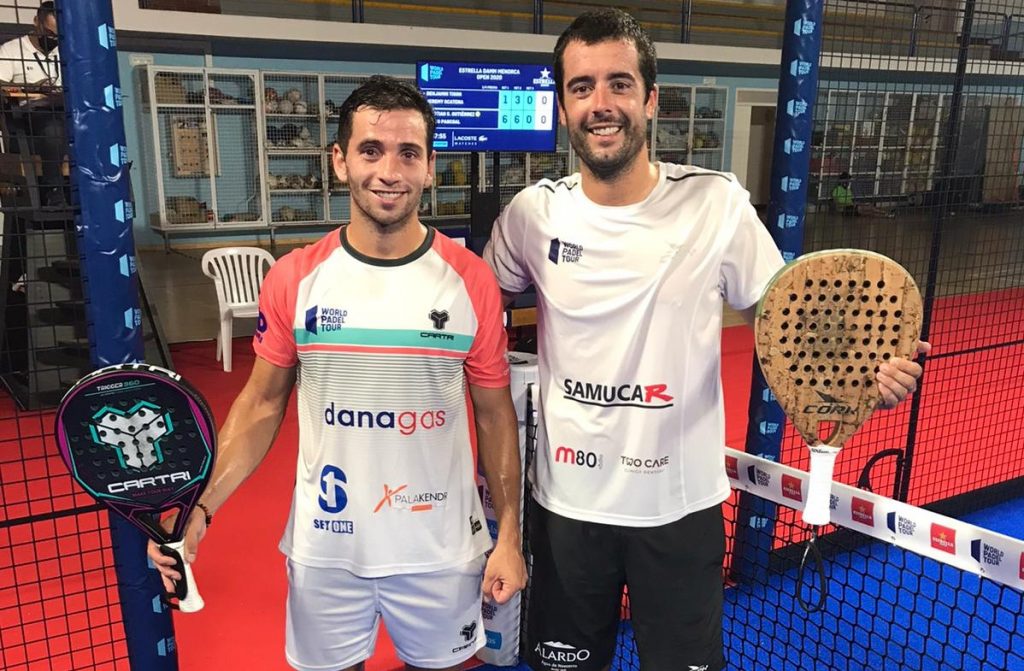 Cristian German Gutierrez and Vasco Pascoal had a superb run in Menorca, winning 5 matches before losing to the number 8 seed.

A exit with honors, 4/6 3/6, facing Agustin Gomez Silingo and Martin Di Nenno, seeded number 8 in the Menorca Open and semi-finalists in Sardinia.

The one who is nicknamed “Sanyito” (little Sanyo) with whom he shares his last name, and his partner, Portuguese Vasco Pascoal, were the tournament feel male side.

Winning their two preprevias matches in straight sets, including that against Blanqué / Muñoz, the Argentinian-Portuguese pair had to whip in previas, beating first the very solid Solano / Benitez Lara, then the new pair Semmler / Santana in three sets.

Finally, Gutierrez and Pascoal showed themselves solid against the French Tison / Scatena, who also came out of the preprevias, to win 6/1 6/3, in a match marked by the “puntos de oro”.

The “executioners of the French” on this Menorca Open will have had a great tournament, we would like to congratulate them!