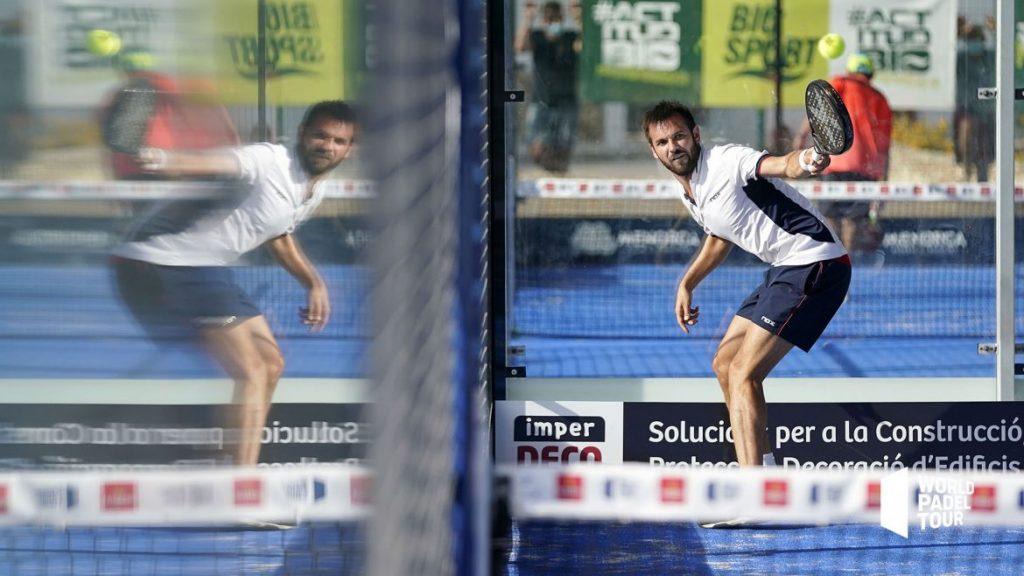 The French pair lost this evening in the final of the Menorca Open previas of World Padel Tour facing Cristian G. Gutierrez and Vasco Pascoal.

Tison / Scatena: what a journey!

The French lost tonight in the final of the previas against Pascoal / Gutierrez. A defeat on a severe score 1 / 6 3 / 6. But in reality the match was much more balanced than it seems, with many games decided at punto de oro.

This defeat against a pair that will ultimately eliminated 3 French in this Menorca Open, should not be forgotten the excellent tournament carried out by Jérémy and Benjamin, who will have won 4 matches in this tournament, including 3 in three sets!

They will therefore be able to rest a little before the P2000 this weekend in Toulouse.

It goes for Clergue / Godallier

Léa Godallier and Laura Clergue had all the trouble in the world to get rid of the catchy Gomez Rivas / Jensen Sirvent in the first round of the previas: 6/3 6/7 6/4. They face two players who made feeling when returning from confinement : Carla Tur and Pilar EscandellsThis Wednesday at 09:30 p.m. en final of previas.

Un big game in perspective facing two players who had achieved the feat of rwin 5 matches in a row at the Estrella Damm Open, starting in the first round of the preprevias and finishing in eighth of the final table!

The Franco-Spanish pair, which remains on a successful tournament in Sardinia, will have a big entry match, since it inherits Lucia Martinez and Ana Fernandez de Osso, two players who have had a very good start to the season, as their 29th place in the Race proves. The meeting will start at 15h00.