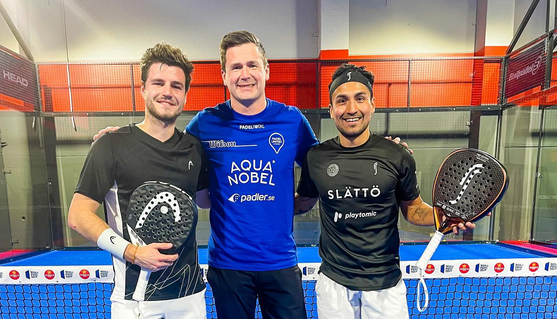 Johan Bergeron and Simon Vasquez again won a convincing victory in the pre-previas of the World Padel Tour Miami Open.

Opposed to the seeded 16 of the pre-previas of the WPT Miami Open, Johan Bergeron and Simon Vasquez had a very big game to win 6/0 6/1. After Richters/Martinez this morning, it is this time the pair Mouriño / Vera who bears the brunt of the great form of the Franco-Swedish duo.

The French champion is now the only tricolor in contention in the pre-previas of this Miami Open since Thomas Leygue and Ignacio Sager Nagel lost in three sets against Víctor Manuel Mena Gil and Enrique Goenaga (4/6 6/2 2/6 ).