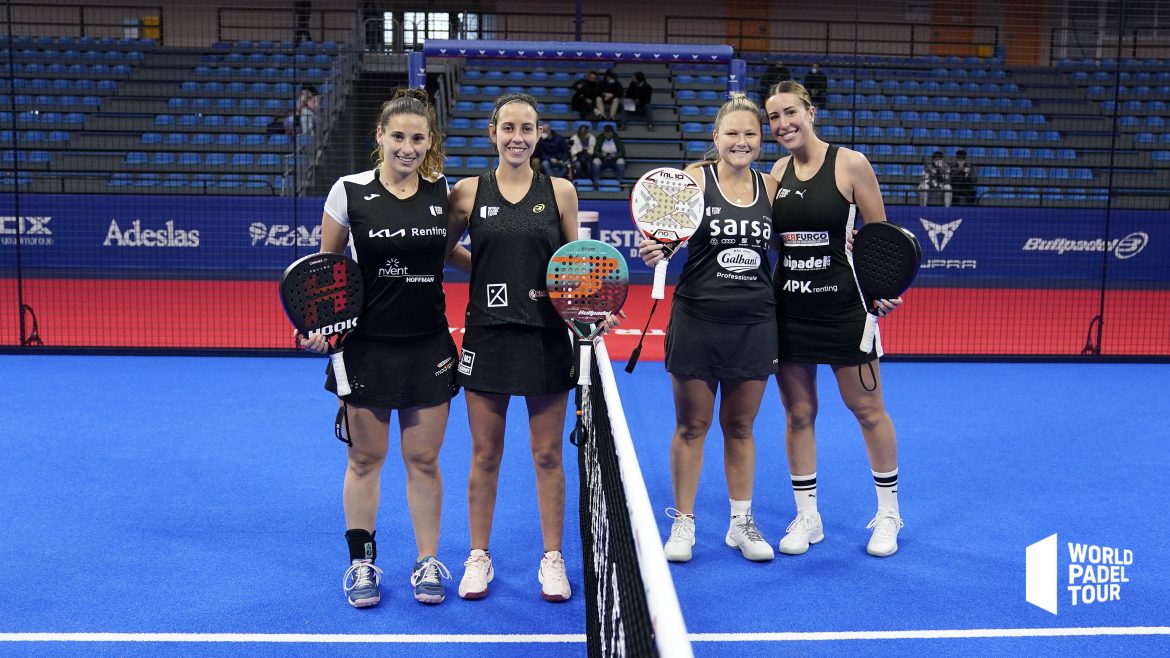 The day starts in a totally crazy way in Reus with an incredible match of Nuria Rodríguez and Marta Talavan who eliminate Iglesias/Osoro!

The first meeting broadcast live this Wednesday at the WPT Reus Open offered us a rather improbable scenario.

Indeed, the seeded number 6, Victoria Iglesias and Aranzazu Osoro, had started the match with a bang and it was hard to see how their opponents could thwart their plans in this round of 4. Leading 0/XNUMX in the first set, Pablo Ayma's players seemed to recite their padel. However, Marta Talavan and Nuria Rodriguez, with determination, managed to stop the Iglesias / Osoro machine and get back into the game.

In very slow conditions, those who train in Madrid did not give up, pushing the favorites to always play one more ball. An attitude that allowed them to win the first round 7/5.

After losing 7 of the last 8 games in the first set, Aranzazu and Victoria managed to regain serenity, and quite logically they picked up the score thanks to a second act won 6/4.

The third set was also very tight, with the two pairs sticking together. It was finally on a shutout won on the service of their opponents, and after more than 2h30 of play, that Rodriguez and Talavan managed to achieve the first feat of this Reus Open. Final score: 7/5 4/6 6/4!

Tomorrow, Nuria and Marta will face Jessica Castello and Alix Collombon, which left Noa Canovas and Raquel Piltcher no chance: 6/1 6/2. The Frenchwoman and her partner have saved their strength, and that's good because a big game seems to be waiting for them tomorrow. Whatever happens, and like in Miami, there will be at least one pair that is not seeded in the quarter-finals of this Reus Open!