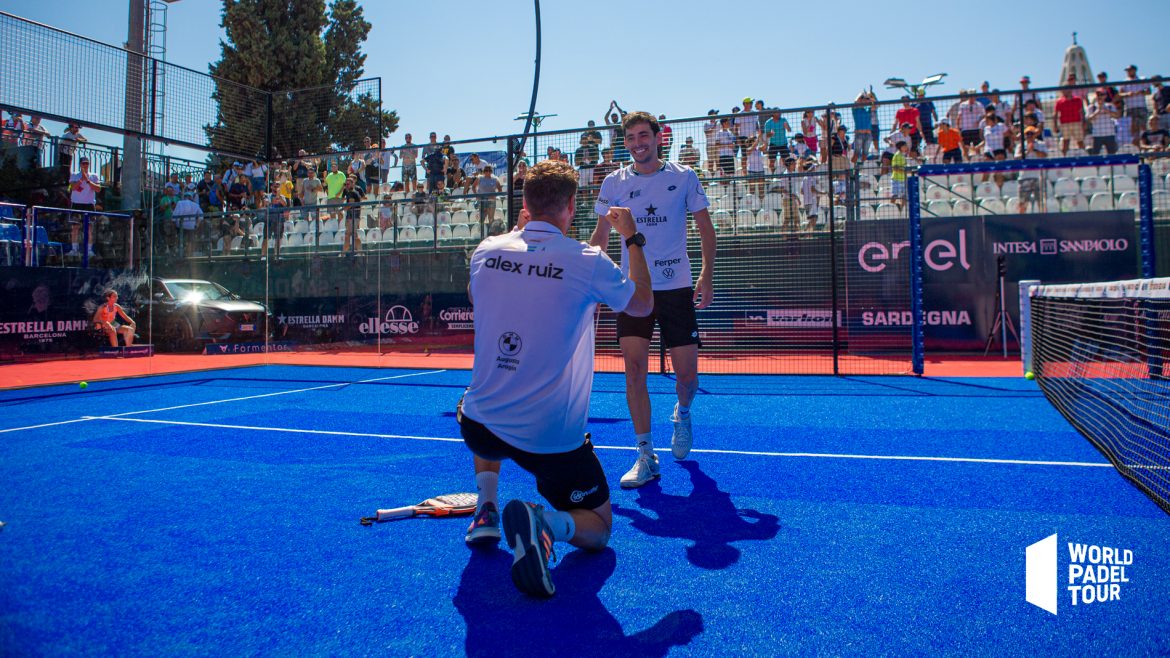 What a mind! After beating Belluati / Garrido (6/3 3/6 7/6) then Lamperti / Yanguas (6/2 6/7 6/4), Franco Stupaczuk and Alex Ruiz won another victory in 3 rounds in Cagliari. Indeed, they dominate Pablo Lima and Agustin Tapia 4/6 6/3 7/5 and offer themselves a place in the final, where Paquito Navarro and Martin Di Nenno await them.

Paquito and Martin got the job done against Javi Rico and Momo Gonzalez. A 7/5 7/5 victory that allows them to play their third final this season.

Like their opponents of the day, they won none, which means that no matter what, the pair that will be crowned today in Italy will win their first ever WPT title.

You will have understood it, it is an unprecedented final which we will attend this afternoon between these two pairs created at the beginning of the year.

As incredible as it may sound, this is the 11th different final in 11 tournaments this season for men! This clash between two pairs made up of an Argentinian and an Andalusian promises us a very beautiful spectacle. It will just take place after the ladies final that's being played right now!