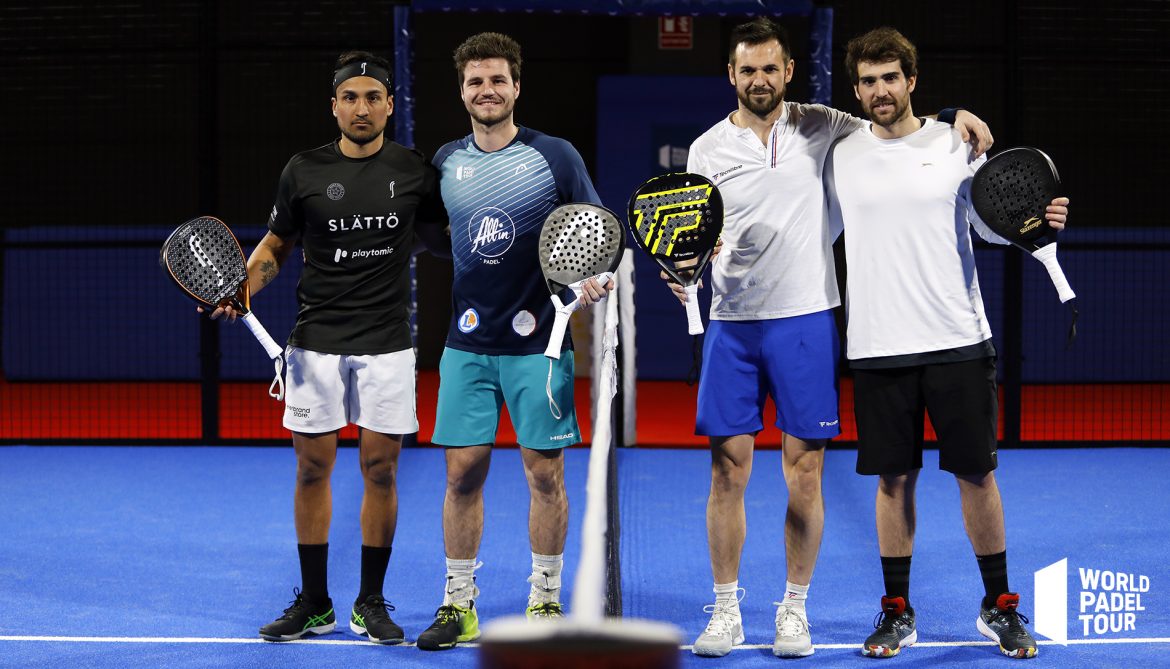 Benjamin Tison and Teo Zapata have won the last round of previas and qualify for the main draw of theMiami Open. It's the end of the dream Johan Bergeron and Simon Vasquez.

The experience of major events

In the first set, the experience and physical freshness of Ben Tison and Teo Zapata made the difference.

Jo Bergeron and Simon Vasquez have a 6th match in 3 days. The French and the Swede want to be one of the rare pairs to have passed the obstacle course by starting from the first round of preprevias.

Tison/Zapata have more consistency in their game. The Franco-Spanish pair break to lead 4/1. Simon Vasquez and Jo Bergeron have two unbreaking opportunities, but two consecutive winning smashes from Zapata conclude the first set 6/3.

After a medical time-out to treat Benjamin Tison who had taken a bullet in the head, Jo and Simon are somewhat out of the match. They are breaker entry.

But the reaction is not long in coming! On a par 4 Johan puts his pair back on the right track to pick up immediately.

The match is hotly contested, and Ben Tison and Teo Zapata take another break. Fatigue begins to be felt for the Franco-Swedish pair.

The favorites fly away in the second set with a new break. Miami is getting closer.

Tison and Zapata finally conclude 6/3 6/2, and validate their ticket for the main draw of the Miami Open ! This is the second time that a Frenchman has reached the men's main draw, after that of Vigo last season for this same pair!

The dream of Jo Bergeron and Simon Vasquez stops at the gates of the table, but it is necessary to underline the incredible performance of the 5 games won.

“I'm very happy to go to Miami. I'm a little disappointed for my friend Johan, but he had an incredible tournament. We're going to celebrate in Miami!”, expresses Ben Tison hotly. Javi Garrido and Lucas Campagnolo await them in the round of XNUMX, for a match which will be broadcast on World Padel Tour TV Tuesday!