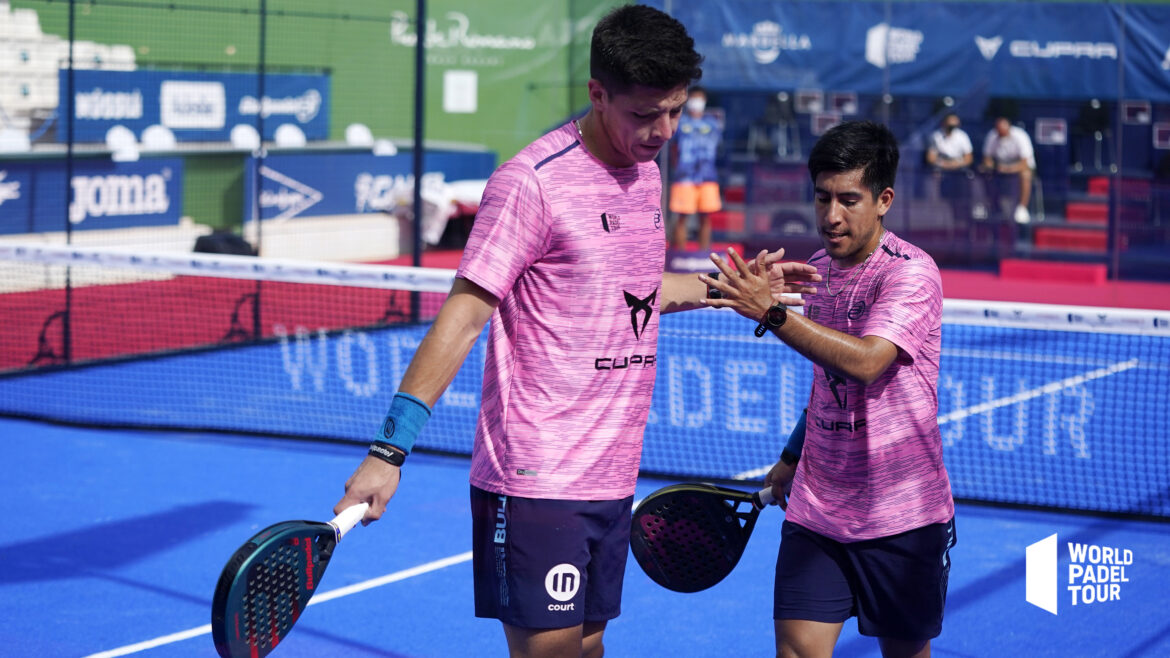 Let's go for the semi-finals of the Valencia Open of World Padel Tour. We expect very big games in view of the level shown by some pairs in quarters.

We start from 10h00 by the first women's semi-final. A final-like match between the numbers 1 Alejandra Salazar and Gemma Triay on one side, and the third pair in the Race on the other: Patty Llaguno and Virginia Riera. We expect a very big fight!

Following this meeting, another match which could very well be a final: Juan Lebron and Ale Galan against Paquito Navarro and Martin Di Nenno! The latter showed a stratospheric level of play yesterday in the quarterfinals, they will have to do as well today if they want to beat the numbers 1 a second time this season.

After a short break, we will resume at 17h00 by the second ladies semi-final. The two most surprising pairs this season in girls, Brea / Icardo and Iglesias / Osoro, will face each other for the second time this season. Beaten in the first clash, Victoria and Aranzazu, who did not concede a single game yesterday in the quarter, arrive with a desire for revenge. It promises !

We will end the day with a 100% Argentine match between Chingotto / Tello and Belasteguin / Gutierrez. Two pairs who have never met on the World Padel Tour. We expect an exceptional match!

To follow the meetings this morning, it's just below: