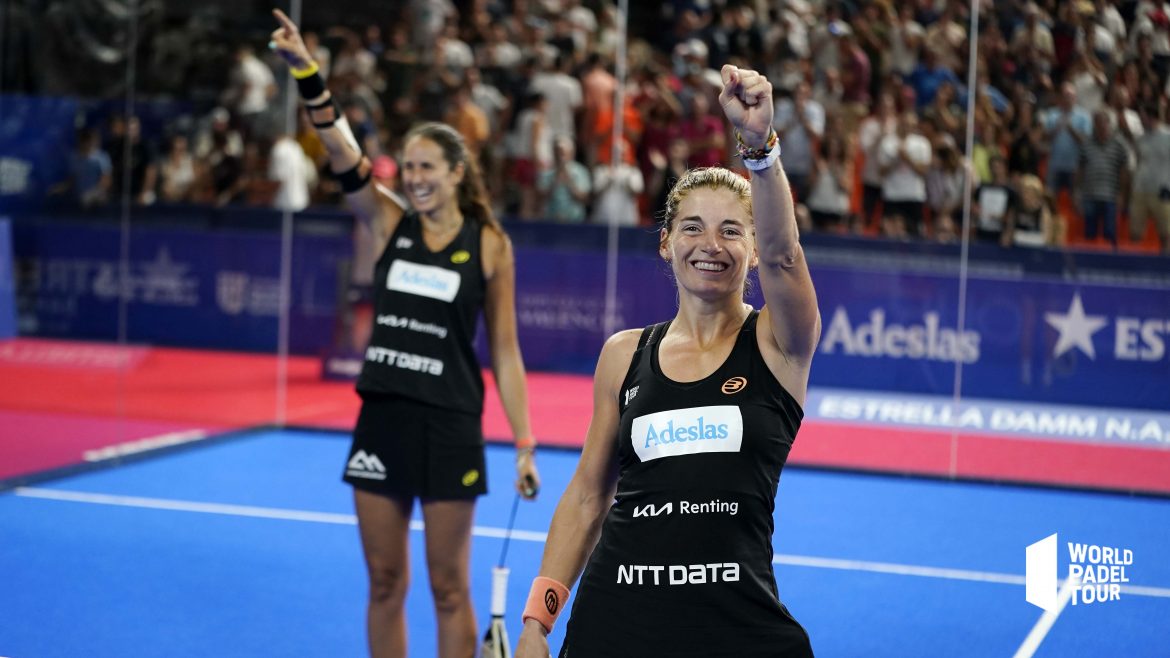 But what an incredible game!

This Sunday, July 10 was held the final of this World Padel Tour Valencia Open between Alejandra Salazar - Gemma Triay and the surprise pair of this tournament, Delfina Brea - Tamara Icardo.

After having eliminated the numbers 2 the day before, the Hispano-Argentinian pair was determined to continue their exploits this morning for their first season finale. The two players did not give up throughout the competition and the native of Valencia intended to give everything in front of her audience.

For their part, the numbers 1 were determined to take matters into their own hands from the start of the meeting to show who the bosses were. Unsurprisingly they took the first set 6/4.

Stung to the quick, Brea and Icardo would react very quickly. The Spaniard and Argentina picked up the score in the second round, giving themselves a chance to create the feat.

It was during a very close third act going to the tie break that the final battle ended giving victory to the numbers 1, who once again confirmed their status as a pair to beat. It didn't go far for Delfi and Tamara who managed to catch Alejandra Salazar et Gemma Triay providing maximum suspense to the audience.
Gemma and Ale thus won the seventh title of the season.

Now it's the men's turn to take to the track.