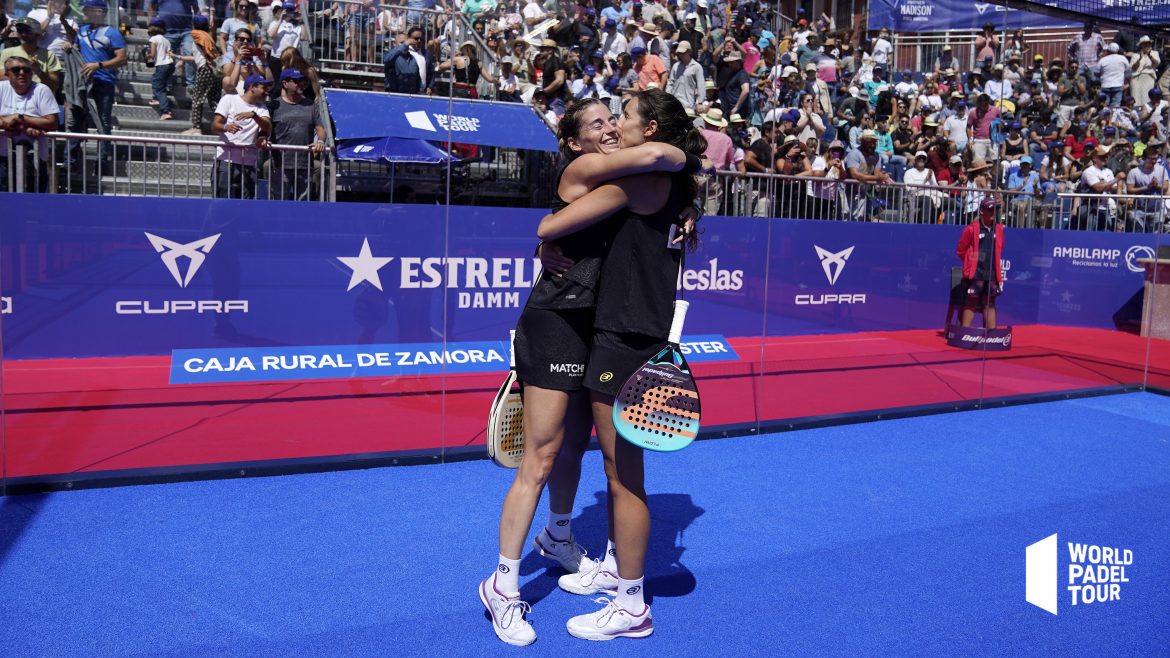 Sixth title of the season for Alejandra Salazar and Gemma Triay who once again dominate Paula Josemaria and Ariana Sanchez in the final.

The task was going to be complicated for Ariana Sanchez and Paula Josemaria, who arrived with a lot of fatigue in their legs after having fought three sets yesterday afternoon. Indeed, although she knows the conditions of Valladolid, where she trains, Josemaria suffered a lot from the heat during the semi-final against Marrero / Sainz.

Quite logically, the numbers 1 took the game on their account at the start of the match and won the first set 6/3. But Ari and Paula have heart and they showed it by passing a 6/3 to their opponents to pick up the score.

But unfortunately for them, Gustavo Pratto's players ran out of gas in the engine in the third act and it paid off in cash against Gemma and Ale: 6/0.

Now it's time for the men's final, which pits Juan Lebron and Ale Galan against Fernando Belasteguin and Arturo Coello!