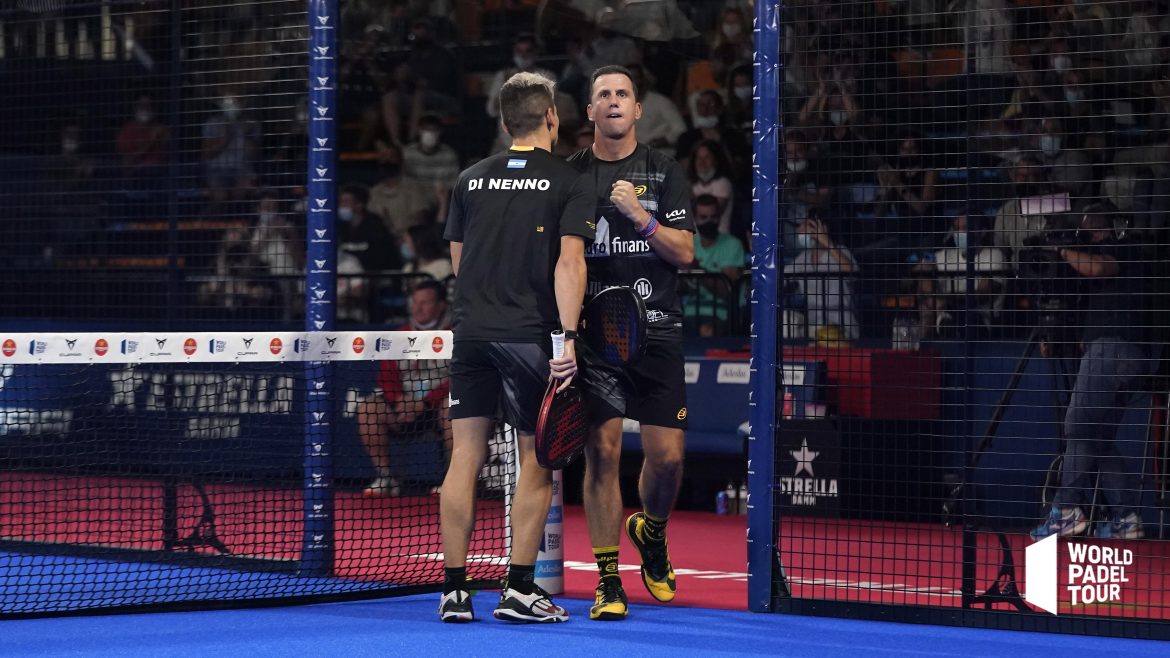 We can no longer stop Paquito Navarro and Martin Di Nenno who offer themselves a fourth consecutive final on the World Padel Tour. They will face Lebron and Galan tomorrow!

Lugo's revenge in the final

Opposed to Franco Stupaczuk and Alex Ruiz in a match that promised to be hot, Navarro and Di Nenno left no room for doubt. The 3rd and 4th player in the standings clearly imposed their status as favorites during this meeting. Uncompromising, they dominate their opponents 6/4 6/1 and therefore offer themselves a fourth final in a row. Will they be able to win a second title?

They will have to be at least as strong tomorrow because they will face a Lebron and a Galan who have not done in detail today. Against the brand new pair Sanyo / Tapia, the numbers 1 have, as often, played at a pace that is simply too high for their opponents. Ale and Juan win 6/3 6/4 in a real show of power.

Tomorrow we will find, for the first time this year, four players who have already faced each other in the final in 2021. In Lugo, the numbers 1 had the better of Paquito and Martin in three sets. Will they confirm tomorrow?

The quadruplet for Ale and Gemma?

Mistreated in the first set against Delfi Brea and Tamara Icardo, favorites Ale Salazar and Gemma Triay quickly regained control of the game to win 6/7 6/1 6/1. A boost that gives them a sixteenth consecutive victory and a fourth final in a row on the World Padel Tour !

But beware, a new pair was born to try to break the hegemony of Ale and Gemma: the one made up of Lucia Sainz and Marta Marrero. Opposed to their former teammates Bea Gonzalez and Marta Ortega, the two veterans delivered a very solid performance to win in two sets: 6/4 6/3.

An unprecedented final which promises to be hot and which begins this Sunday at 10h00 !