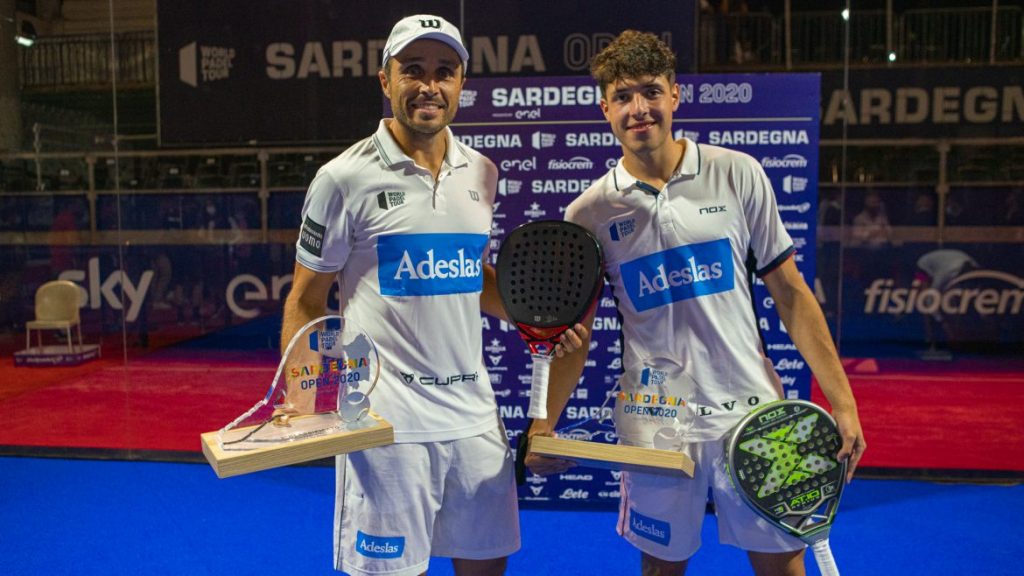 Fernando Belasteguin and Agustin Tapia have won the Sardegna Open of the World Padel Tour thanks to their victory against Uri Botello and Javi Ruiz.

It was a small event: the absence of Juan Lebron and Ale Galan in the final. A first in 2020. Instead it was their executioners Javi Ruiz and Uri Botello who presented themselves yesterday to try to win a first title. But the Spaniards were quickly suffocated by a pair Tapia / Belasteguin of the great days.

With a very aggressive Bela entry, and an impressive Tapia, the Argentines played a very high pace, which their opponents took more than a set to get used to. Returning to the score in the second, the Spaniards even had a opportunity to pick up at 5/5, but this match point / break point was perfectly negotiated by Miguel Sciorilli's players. A very deep serve from Agustin and a furious smash from Fernando crowned the Argentines in Italy.

In the end, a victory 6 / 1 6 / 4 which allows the Tapia / Belastegion pair to win their second title, the first in 2020 after failing in the final of the Vuelve A Madrid Open, facing the steamroller Galan / Lebron. After a very difficult entry into contention against Ruiz / Moreno, the Argentinian pair had a great tournament.