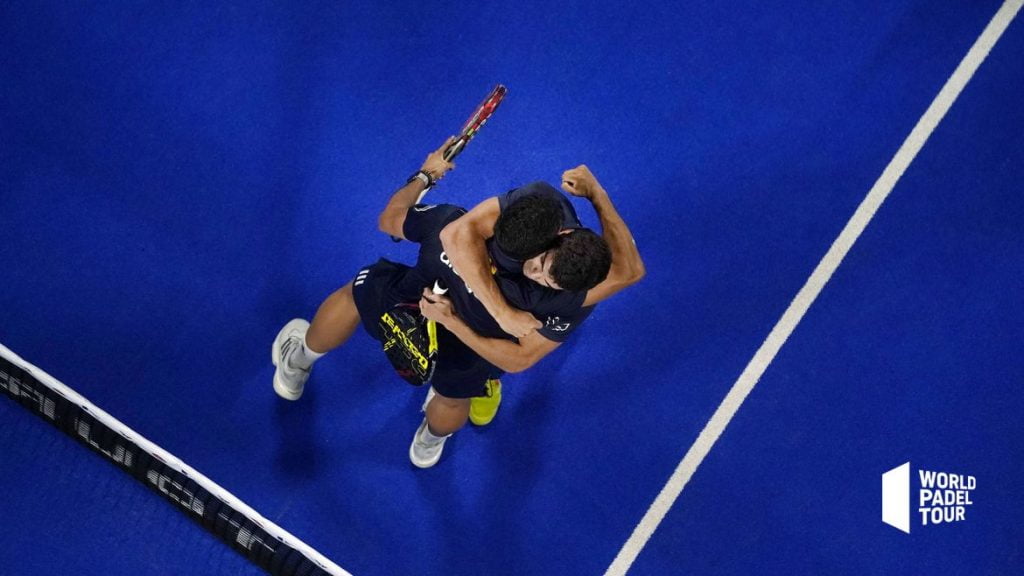 Spaniards Ale Galan and Juan Lebron won the final of the Vuelve A Madrid Open of the World Padel Tour against Argentines Fernando Belasteguin and Agustin Tapia.

Ale Galan and Juan Lebron made the double today at the Madrid Arena. In these conditions (35 ° C in Madrid, more than 650m above sea level), the Spaniards were simply too powerful for the competition.

However, in the first set, Fernando Belasteguin and Agustin Tapia knew take advantage of unusual faults by Ale Galan, to win 6/4, breaking the rhythm with tapia cushioning and thundering bajadas from Bela, and above all using a simple technique in defense: avoid lobs as much as possible.

But from the start of the second, Galan / Lebron took the lead, taking the service of their opponents. Once the break in their pocket, the duo gained confidence, suffocating Bela / Tapia and finally winning the set. 6/1.

After a stuck start to the third set, Ale and Juan managed to take the break and we thought the final was folded, but it was without counting on the panache of the Argentinian pair, who, at 4/5, managed to lead 40/0 on the service of their opponents.

When he had just set up heroic defenses, Bela began to want to do too much, stringing together three consecutive fouls. Galan / Lebron did not ask for so much, and on a furious smash of the latter, won their second consecutive tournament at the Madrid Arena: 4/6 6/1 6/4. They will obviously be the favorites, in two weeks in Madrid, to try to afford a hat-trick!