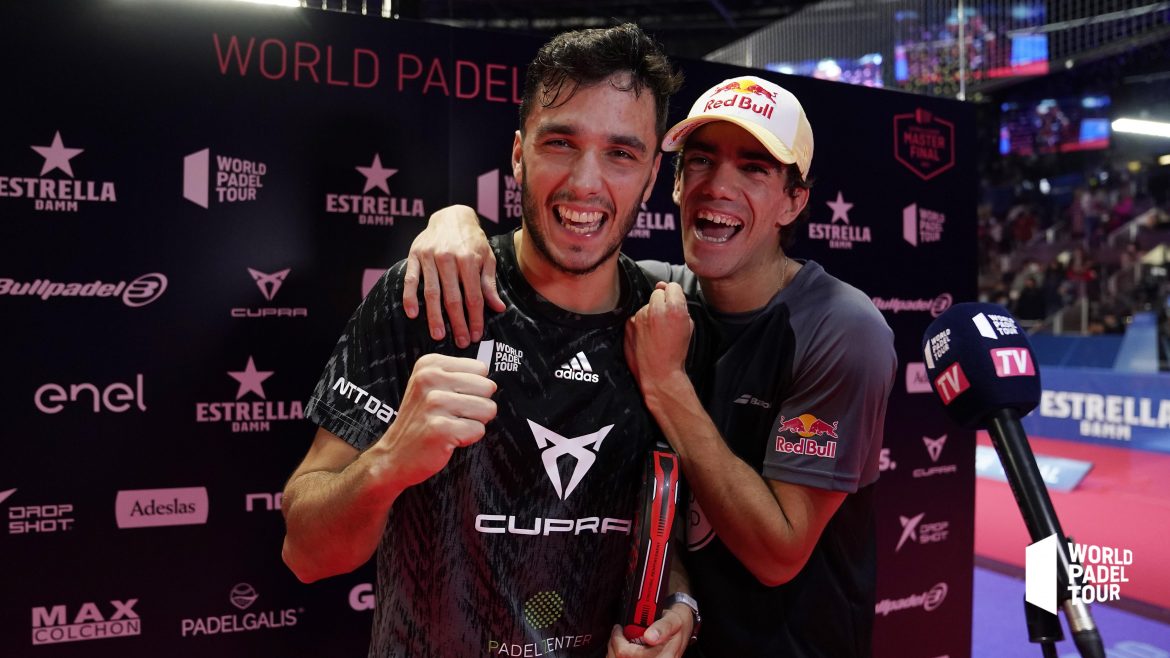 Le World Padel Tour wanted to pay tribute to Juan Lebron and Ale Galan who finished their second consecutive season at the top of the standings.

The fight was close to the end but the Spaniards have concluded the 2021 financial year in the best possible way, with a victory in the Master Final.

In 2021, those who won the World Championship with Spain will have gleaned 7 titles on the World Padel Tour (out of 8 finals). Enough to allow them to finish the season in the lead, for the second time in a row (and even for the third as far as Juan Lebron is concerned).

When they are playing at their best and the conditions allow a fast game, the players of Mariano Amat are the bosses of the WPT. All pairs on the circuit are preparing accordingly but for the moment, Lebron and Galan are staying one step ahead!