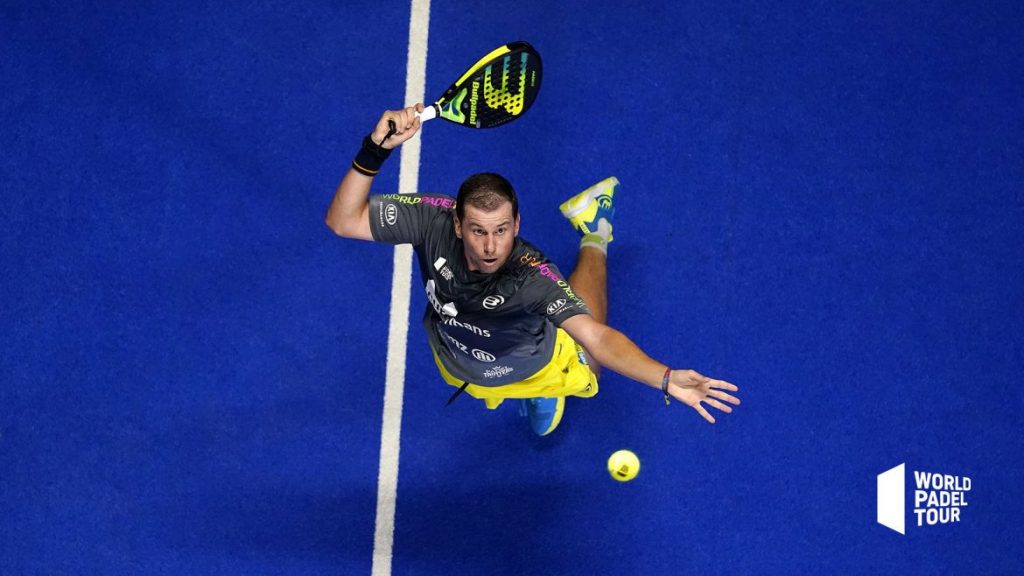 After a day yesterday during which we will have enjoyed ourselves, the World Padel Tour returns today for semi-finals Menorcan revenge, which promise to be explosive.

The logic of the classification is respected since we will find the 4 first seeds are in the semi-finals today. But it was still not won for everyone yesterday. We obviously think of Sanyo Gutierrez and Franco Stupaczuk, who were pushed to the third set tie-break by Chingotto / Tello!

Each pair having dominated one round, a third was needed to decide between them, to the delight of the spectators present at the Palau Sant Jordi. It was finally Stupa and Sanyo who won the experience after losing the first set: 3/6 6/2 7/6 !

In front of them present themselves today, to let proof, Paquito Navarro and Pablo Lima, who generally mastered their quarter-final yesterday against Alba / Gil: 6/2 6/4. For their first at this level, the players coached by Adrian Cavaglia gave us spectacle and a little suspense in the second set, but Lima and Navarro, with experience, were able to finish the job.

Today they have a revenge to be taken against Sanyo and Stupa, who beat them in their only encounter this year, it was during the last tournament, in Menorca, and Lima / Navarro were not really on their plate… We're going to have a show this morning!

In the other part of the table, Ale Galan and Juan Lebron were also jostled last night by Diaz / Silingo. More successful in hot weather, the new pair creates a sensation by winning the first set 7/5 thanks to 100% on games played at “punto de oro”: 4/4!

Brawlers on all points, the Argentines, although less strong in the finish than their opponents, play a padel very varied and intelligent that annoys Lebron and Galan, who rush in and make a lot of bad choices.

Finally released in the tie-break of the second set, the numbers 1 find their aggressive padel, which allows them to win the second round, before crushing their opponents in the third. A final victory 5/7 7/6 6/1 which sends them once again to the semi-finals, where they will face Bela / Tapia this afternoon, for again a rematch of the Menorca Open!

Their opponents of the day have appeared very fit last night in the quarterfinals, against Gonzalez / Allemandi. A victory 6 / 2 6 / 4 without ever being worried that allows the Argentines to face the numbers 1, against whom they are tied this season: a victory everywhere.

Bela / Tapia saved their strength last night for the fight that awaits them today. Under conditions much slower than in Madrid and in front of their home crowd, they risk once again causing problems for Lebron and Galan. The first two meetings between these two pairs were played in three sets. Never two without three ? Start of response today at 16 hours !

In the female table, the scenario is a little different since the seed numbers 2 and 3 were eliminated yesterday. On the one hand, we therefore have a completely new semi-final: Alayeto / Alayeto vs Navarro / Osoro tonight right after the boys.

On the other side, two pairs who know each other by heart, who find themselves once again in a big date: Salazar / Sanchez vs Triay / Sainz. A rematch of the final in Menorca and a clash between the two most fit pairs of the moment in the girls. Start of the meeting after the men's semi-final this morning !