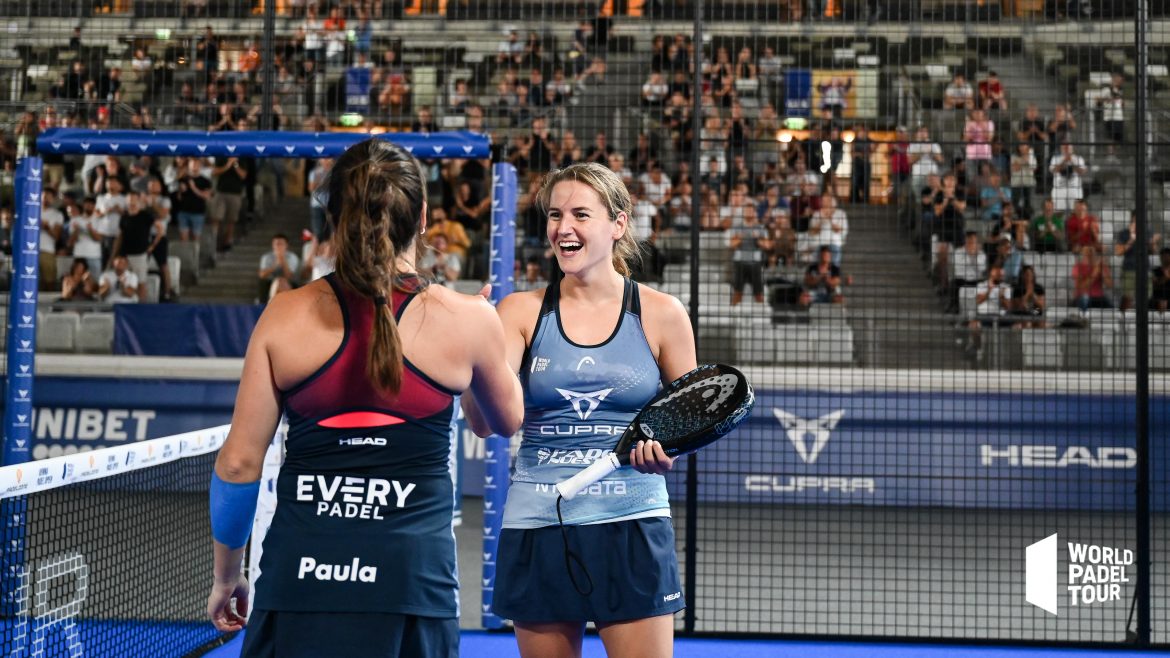 And this morning we attended the “clasico” between numbers 1 and 2 for the ladies.

On the one hand we find Alejandra Salazar and his faithful partner Gemma Triay, the other Ariana Sanchez and Paula Josemaria.

Somewhat in difficulty for two tournaments, the Madrilenian and the native of Mahon found the final after two tournaments far from their standards. Eliminated in the 1/8th round at the last Marbella Master and in a half a few days before in Denmark, they arrived in Vienna with the desire to consolidate their 1st place in the standings. But the plan did not go as they intended against their runners-up.

Indeed, after having started the game well, they suffered the return of their partners, who quickly rejoined a round everywhere.
Well launched in the decisive set, Josemaria and Sanchez finally won 6/4 – 4/6 – 6/3, thus winning their third title this season, just one month after those they beat today.

After their victory last week in Marbella, the numbers 2 are the shaped pair of the WPT. Will they be able to make the pass of three in Toulouse?