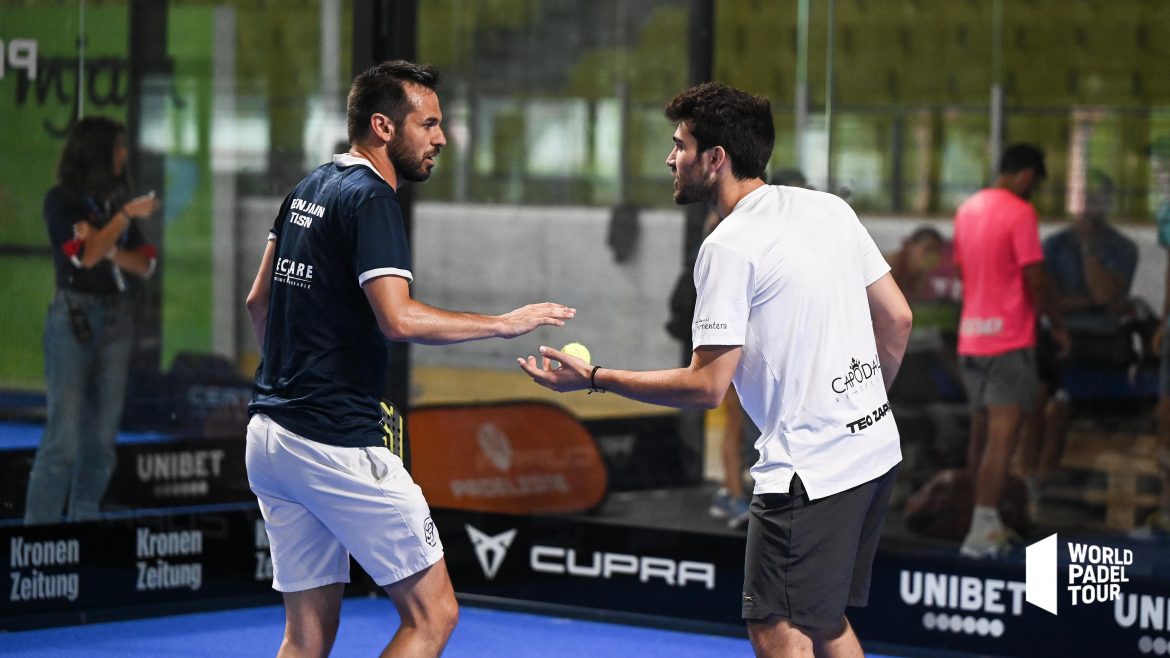 The only tricolor present among the men in Austria and his partner bowed for their entry into the running in previas this Tuesday.

Seeded 7 in qualifying, the Franco-Spanish pair started in the second round, facing Miguel Benitez (86) and Miki Solbes (88). Although favorites on paper, Teo and Benjamin lost to this solid Spanish pair: 3/6 7/6 2/6.

Decidedly, Miguel Benitez is a bit of the executioner of Tison and Zapata, since he was part of the pair (with José Luis Gonzalez) who had them eliminated in Rome.

From now on, Benjamin and Teo will be able to prepare for one of the big meetings of the padel French: Le Human Padel Open whose qualifications begin this weekend in Toulouse!