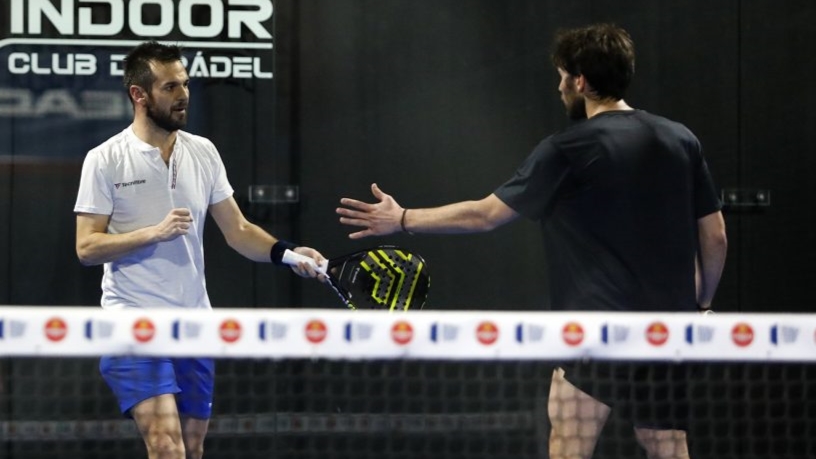 Benjamin Tison and Teo Zapata are once again entering the main draw at an Open this season after Miami a month ago.

In this previa final against Jaime Muñoz Enrile / Arnau Ayats Delgado, the Franco-Spanish pair emerged victorious from their confrontation but they are not completely satisfied with their level of play. Despite the victory and a new table, the Frenchman believes that the rivals “didn't play their best game” and that on their side “cIt wasn't exceptional either.".

The opponents of the day were perhaps tired of the two big battles in 3 sets they had to deliver in the previous rounds, including a victory against the seeded 2 of the previas Anton Sans Riola and Christian Fuster.

This small final was a strange match. Benjamin and Teo struggled to start in both sets, before picking up the score. Indeed, they were led 4/2 in the first then 3/0 in the second before finally winning 6/4 6/3!

The balance sheet remains very positive, however: not a set lost since the start of the previas, enough to arrive in good shape in the final table!

This Wednesday, Benjamin Tison and Teo Zapata have the opportunity to achieve their first career eighth against another pair from the previas: Denis Perino / Ruben Rivera.