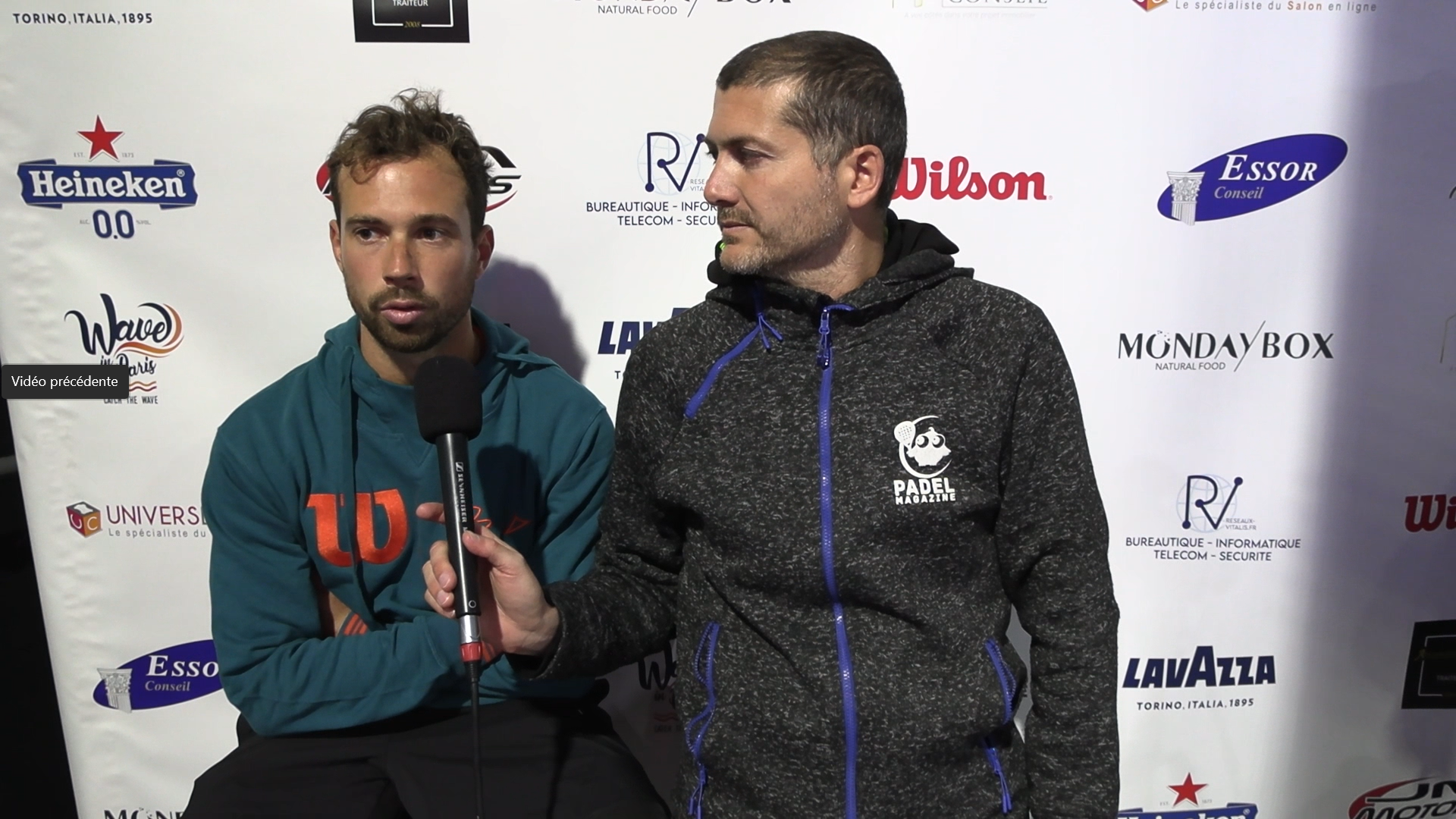 We were able to interview Yann Auradou, defeated in the quarter-finals by the vice-champions of France with the score of 6-3 6-2, just before the match. He returned to the fine course achieved in this P2000 with his partner, Manu Vives, as well as on the evolution of the latter.

"We didn't let them breathe"

Padel Magazine : We are with one of the big winners of the day, Yann auradou, who made a small surprise (in terms of score) with Manu Vives by beating JT Peyrou and Simon Boissé 6-2 6-2. A word about this performance?

Yann Auradou : “We did not expect such a score. We ourselves are a little surprised, I have a partner (Manu Vives) who was really on fire. He was everywhere.

So no, nice win, after that I have to talk to JT and Simon but I think they were either tired from the jetlag caused by their return from Las Vegas, or they were a little hurt. But in any case, we really didn't let them breathe, that's what made the difference. »

“Manu is the passion of youth”

Padel Magazine : What is it that today with Manuel, you have evolved and you are now considered a dangerous pair?

Yann Auradou : “We don't train that much together, yet we don't live very far in the Paris region. But with the plugs, it's not easy. I think it's Manu who has really, really progressed and then physically I think we complement each other very well. We have a bit of the same qualities: we are very explosive up front and Manu has really progressed. It's the ardor of youth, he's a little crazy from time to time, but this was monstrous. »

Padel Magazine : I remember your first steps with Manu, he was a rather fiery young player who launched himself into the padel. Today, you don't regret joining forces with him, I imagine?

Yann Auradou : “No, I don't regret it at all. Our first results were a bit biased because Manu was coming back from injury. Even if we had a good tournament in Bordeaux, we had lost in 3 sets against Inzerillo and Blanqué who had won the tournament behind.

But now, he is very young and trains hard, it can only work behind. He is only two years old padel behind him and that must not be forgotten. He is already playing very well and will play very well again, that's for sure. »