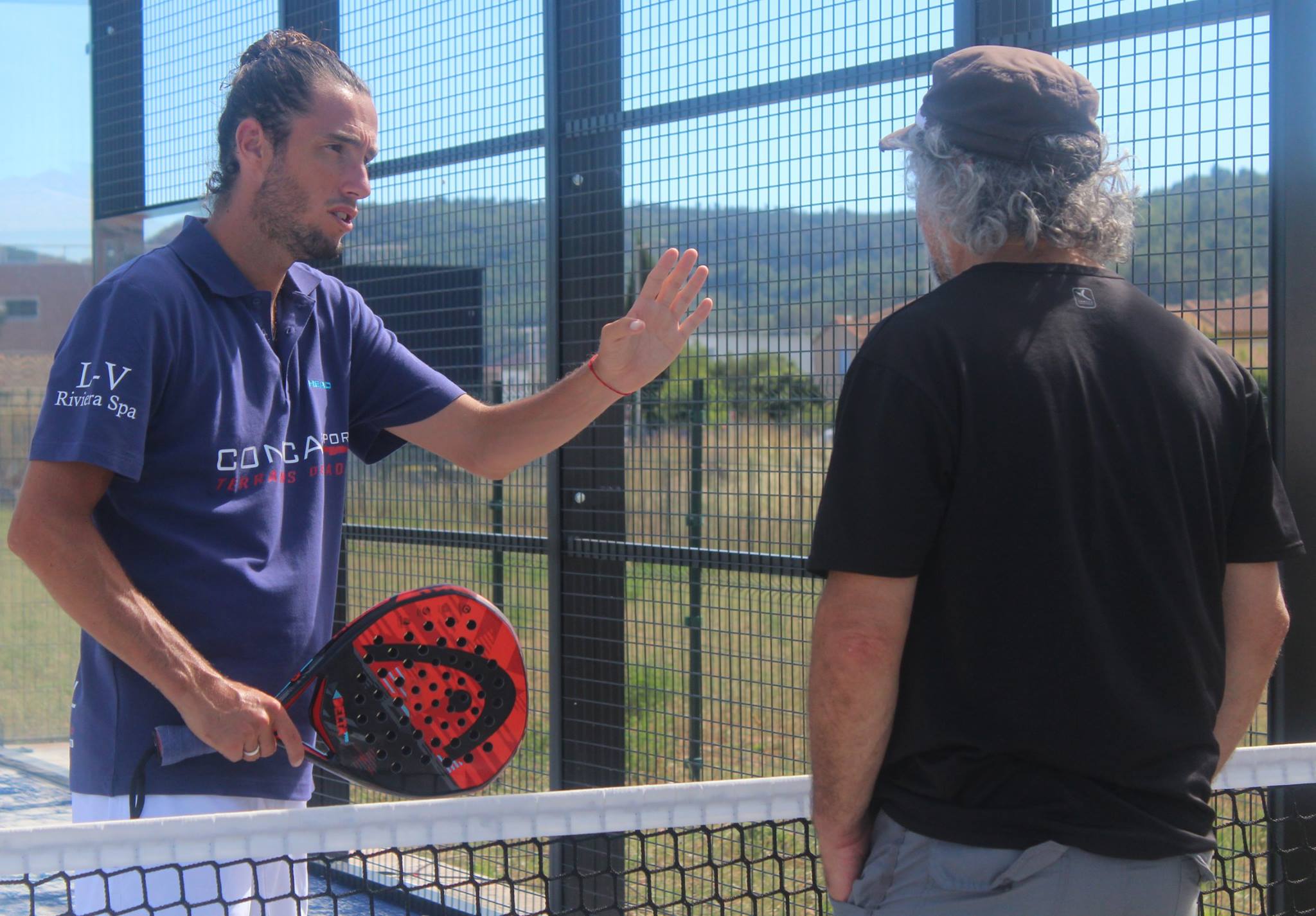 You find a padel teacher ? Do you want a club or site that offers you the best facilities to improve in your favorite game? So this column is made for YOU!

The internship and training directory

This is the page you need to know when looking for a padel training or course: The “Internships and training” directory.

A complete page that allows you to find competent trainers in France or abroad who can help you improve.

Please note, in general, these are professionals who travel either abroad or to your club and who deliver padel training and / or courses.

This page is also aimed at clubs and experienced players who are looking for more than a simple internship, but real professional training.

Training delivered by one of the best French players, Cédric Carité. A training expert who has been practicing for several years. A reference.

Who does not know Pierre Lamouré. Located in Malaga, the French teacher welcomes many trainees all year round.

Initially specializing in tennis, the FTA extended its skills by offering padel courses at the Cap d'Agde International Tennis Center.

Who does not know OSS Barcelona? For several years OSS Barcelona has been offering padel training and courses in Barcelona.

An association whose objective is to offer padel training in France, but also to offer exhibitions. A group of very good French players who allow you to develop your game serenely.

Padel Stuff is one of the biggest groups of padel formations. Its instructors travel throughout Europe. And offers high quality services.

Twenty By Ten, these are certainly the green t-shirts, but also professionals who offer padel courses, especially at the Mouratoglou academy.

Our confirmed French players tend to go to train in France and abroad. They return with a certain technical background.

We also benefit from the experience of our French people accumulated in recent years on the professional circuit.

Large-scale events are developing in the clubs and contributing to the professionalism of the clubs.

And obviously clubs like the Club du Mas in Perpignan or the former padel club of Aix-en-Provence managed at the time by Jean-Marc Lenoir (the Set Club) largely participated in the blossoming of players. and high performing clubs in training.

From north to south, from east to west, you are bound to find something to suit you!

For more information on the clubs: HERE

Are you getting into padel? Are you already successful? Padel is still in its infancy in France, so let's stay modest and try to learn with those who have a great experience.

First, of course, we invite you to train with our videos, tutorials made by great technicians including the expert from Tenerife, Julien Bondia, which has been offering padel training courses for many years at the San Miguel club.

Direction this link, to know everything about padel, from technique to tactics.

And then you also have 2 books in the padel training:

The know-how of Padel

The fundamentals of padel

At the end of the year, beginning of next year, a international platform incredible will directly connect players looking for an internship in tennis, padel, etc. with clubs, coaches or operators around the WORLD.

You do not dream.

Everything will be done live. Professionals will only have to publish their advertisements to promote and organize their internship.

A tool that could become the benchmark platform in the racket industry.

And a tool for trainees totally FREE, without ANY COMMISSION, since it will be a networking platform.