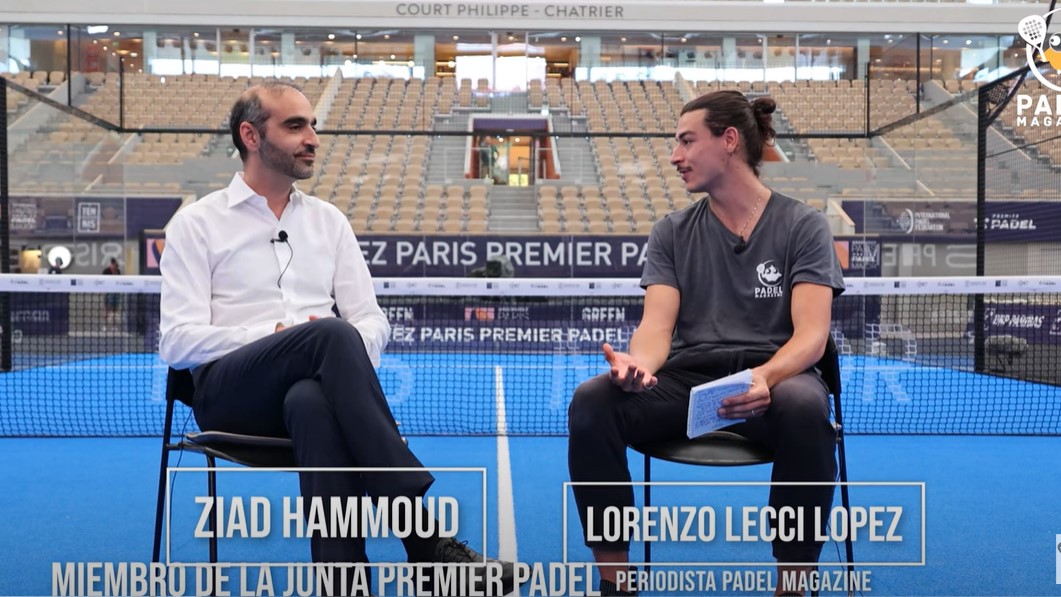 While a few weeks ago was held one of the most anticipated tournaments of the year, the Paris Premier Padel Major at Roland Garros, Padel Magazine was able to speak for a moment with Ziad Hammoud, member of the team Premier Padel.

The businessman returned to the reception of this event among the players and the public as well as to the ambitions of Premier Padel in the years to come.

“This week of competition for this first edition was a great success. The feedback we've had from players and the public has been very positive. But the most important thing is that the players have a great time and can live a waking dream."

“We were able to count no less than 4 people who came to watch the semi-finals. We can say that it is a success for a country where the padel is not yet at the level of some other nations.”

“Next year we will be at Roland-Garros again”

"The partnership we have with the French Tennis Federation, which moreover has done an exceptional job, aims to repeat this experience over several years. It is important for the players because they are so happy to come and play here that we want to continue to offer them this incredible experience. We don't know yet if the next Paris Premier Major will be played in July next year but what is certain is that we will be here again, in Paris.”

“We announced it from the beginning, it's not a surprise, we are aiming to build a high quality professional circuit over the long term. This is exactly what we are doing with the help of the FIP, the promoters or even the Players Association (PPA). “

"For the Premier Padel of Madrid which will be held in a few days, thousands of tickets have already been sold. In Spain the padel is such an important sport that even for the first week of August in Madrid we expect a lot of people in the stands.”

“We must internationalize the padel"

“There are already six legs that have been announced and in a few weeks we will be unveiling a few more dates and you will see where these will be played. The only thing I can say is that for 2022 – 2023 we will mainly focus on the American and European continents. For 2024 we aim to organize a stage in Asia. This could allow the padel to make themselves even better known in these territories.”

"Spain is the birthplace of padel and we are very proud to have so many Spanish players and to play in such a beautiful and incredible city as Madrid, but I think we all agree on one thing: this sport must go international. This is what we are trying to do with Paris, Doha, Rome, Mendoza… It is essential for the padel and we need to create champions who come from other countries."

And just below the French version: