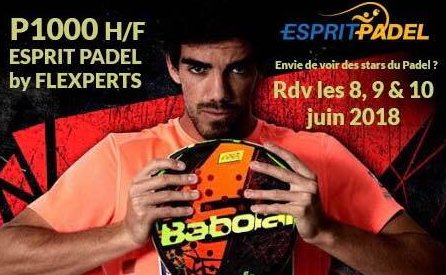 Esprit Padel, the padel club Lyon puts the dishes in the big. For its inauguration and its great padel tournament ladies and gentlemen, the club will host a pair that will do much talk to no doubt, the pair Cornet / Triay. And whoever speaks better, it is necessarily our chief arbiter, the great Jerome Bécasset.

Note that for the tournament, Alizé Cornet will play with Line Meites while GemmaTriay will be associated with Kristina Clément.

He is teasing the competition that happens to us:

Ladies, what other tournament with the same endowment (P1000) as that of the boys and the possibility of facing the world number 3 Gemma Triay and the French tennis star Alizé Cornet will you find? Register now! Beginning of the games only and especially on Saturday for you.

Regarding the men, entry into the tournament will be progressive enough that despite the presence of the best French during the final stages and beyond, we guarantee you several parts of your level, whatever it is!