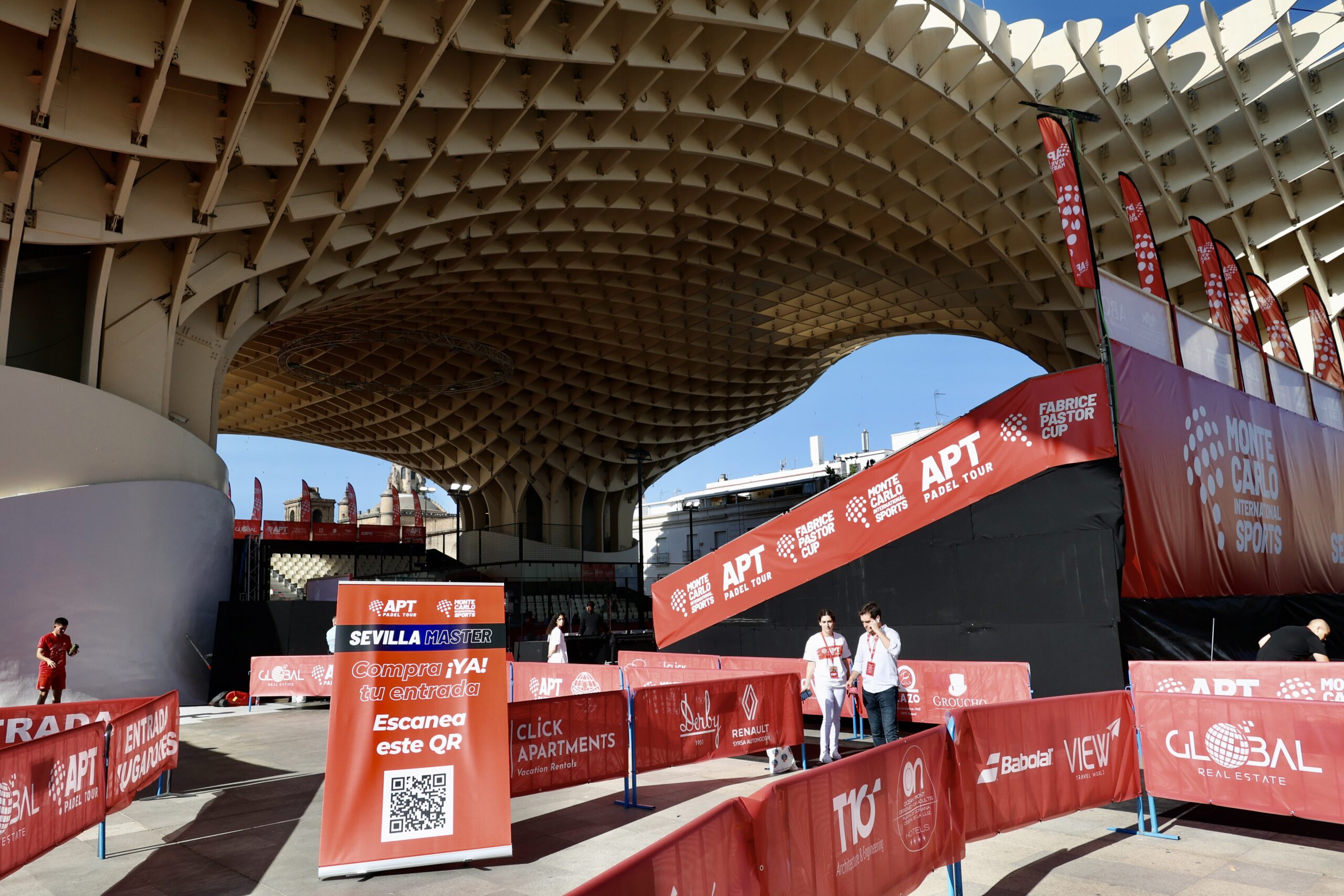 Le Sevilla Master of the APT Padel Tour starts today with two Frenchmen in the main draw. Las Setas center court will give us a great show all week.

A work of art for the padel

Goosebumps when I climbed the steps of the Setas monument in the heart of the Andalusian capital, and discovered what the APT had built in Place de la Encarnación.

From Tuesday at 10 a.m., many spectators are already present in the stands. Tickets for the semi-finals and finals would already be sold on the APT website Padel Tour.

On the program today, six matches including that of our Frenchman Max Moreau accompanied by the talented Relis Ferreryra, against two players from the previas Juan Pablo Dip Nazar et Matthias Gonzalez. The match will take place in the second rotation of the 10 a.m. match.

The program of the day