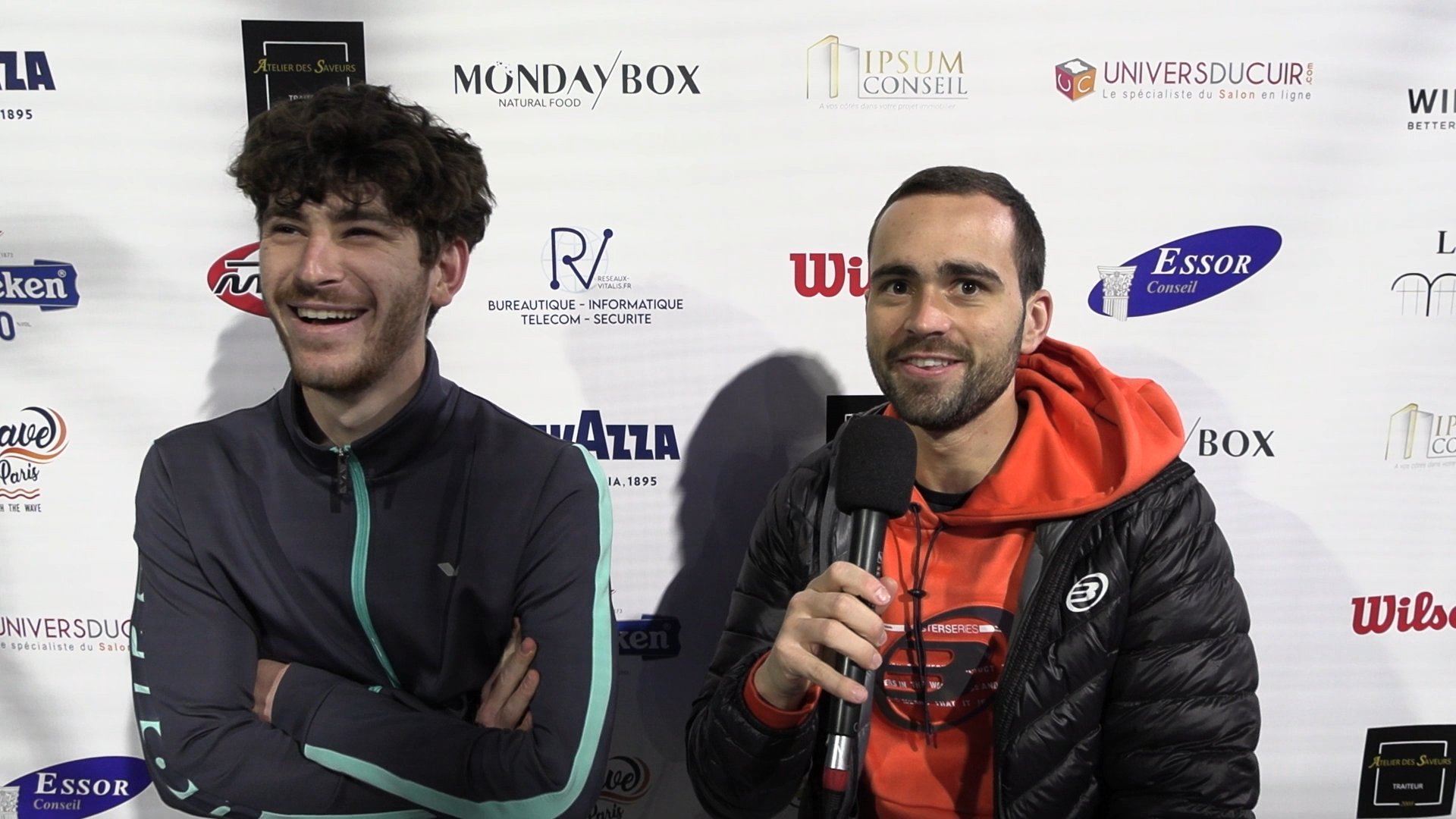 Full of ambition, the vice-champions of France intend to get this first P2000 of the year from Padel Horizon. Sure of their strength, they gave themselves up to our microphone without a filter.

Being seeded 2, “a relief for them”

Padel Magazine : Were you two able to train a little? We left you on a somewhat frustrating note for you with a defeat in the final of the French championships. Are you ready to fight again to get a title in P2000?

Bastien Blanqué : “As Thomas says, we trained this week in Madrid, we did 3 days of training with Gaston, his coach. We come here to win, as soon as we come back to France we want to win. We have a nice picture, so we'll see what happens."

Padel Magazine : Precisely at the level of the table you could see who you were going to play. We know that last year in the P2000 with your rankings, you risked being in the most complicated part of the table. Now you're seeded 2, things have changed. Is this a relief for you?

Bastien Blanqué : ” It's a relief because I was well ranked but Thomas was 70th French player, we were seeded 25th so it was complicated (laughs). No, joking aside, yes it's a relief because last year we always had this pressure to play Ben and Jo from the semi-finals. It's more fun to play them in the final and it's more interesting for us to have an “easier” match in the half without denigrating the others. “

“Finding myself on the Chatrier, a childhood dream”

Padel Magazine : We are going to talk a bit about the different circuits. What is your program for the coming months, what circuit will you play and will you be seen? at Roland-Garros on the Philippe Chatrier ?

Thomas Leygue : ” So I think that Bastien like me, we do not have a contract with the WPT. So we are two completely free players and it seems to me that this is the case for all French players. Personally, I go to all the circuits, be it the APT, the FIP or the WPT. As soon as I am able to go to a tournament and I feel good physically, I go. Afterwards, of course, I hope to end up at Roland-Garros, to have either a wild-card or find my way through the results. But it's true that finding myself on the Philippe Chatrier is a childhood dream. “

Bastien Blanqué : “The same on my side, I don't have a contract with the WPT. We see that the new FIP circuit Premier Padel showed great things in Doha: with only two qualifying rounds, good playing conditions and ball changes each time. We can see that they want to do things well, so it's really cool for us players and the prize money is also interesting. We will continue alongside the APTs, the FIPs, in order to take points and achieve our objectives of finishing among the best players in the world. It can go through different paths, but we will play everything. “

Padel Magazine : Precisely on this, we know that you do not play together outside the French circuit. Is it possible that we see you on tournaments together outside P2000 and French championships? Or do you plan to do everything with your respective Spanish partners?

Thomas Leygue : “This year we are committed to playing all the P2000s and the French championships together. I have also committed with my Spanish partner to play on the Spanish circuit this year. After the future is made of twists, so we are not closed to the idea “

Bastien Blanqué : ” Yes we are not closed to the idea indeed. Thomas to his Spanish partner with whom he trains in a group, I'm changing a lot of partners but we'll see what happens. There we are already committed to the P2000 and the French championships, but perhaps we will play together if the opportunity arises for an FIP or if we are alone on a stage of the WPT. “

Padel Magazine : Last question, they made the players vote on the Premier Padel to know if it was “punto de oro” or advantage/tie, which do you prefer between the two systems?

Thomas Leygue : “It's contradictory what I'm going to say but I voted for the decisive point and finally it turned out that the advantage prevailed in terms of votes. All players who were part of the association were able to vote. I found myself in “advantage” mode there, and I was very happy. It's true that in the end it doesn't change much to protect his service game: if you're tied, it's because you're playing badly. Whether it's an advantage on the French circuit or over there, he there are not many changes, as long as I play the padel I am happy "

Bastien Blanqué " I could not vote because I was not yet affiliated with the players' association, it was done during the week. If I had to vote, the golden point would not have bothered me. I find that for sport, at 30A it puts a certain pressure on the players. As Thomas said, if you're 0-40 or tied, that means you had a bad service game. Now playing advantage/tie is good because if you get tied, you don't lose the point directly. “