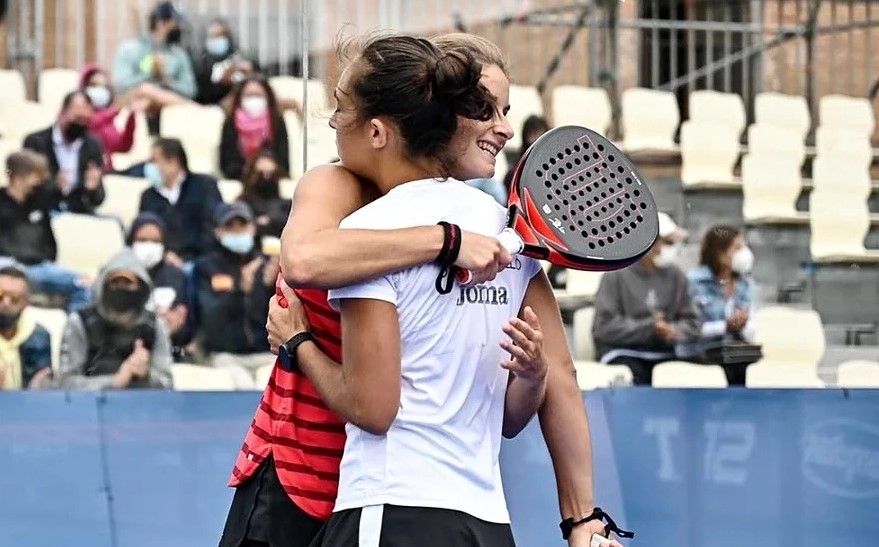 Superb victory for Alix Collombon and Jessica Castello against Delfi Brea and Julieta Bidahorria at the Blockchain.com Miami Open. Direction the quarters of the first Open of the World Padel Tour 2022.

Admittedly, opposite the world number 5, Delfi Brea was not associated with her partner Tamara Icardo, but Julieta Bidahorria, 40th in the WPT ranking, remains a dangerous player.

Very busy throughout the match, Argentina will have done its job but it was not enough against a Franco-Spanish pair which was very solid. Despite the help of Coach Gabi Reca who tried everything to get his player out of the fridge, Delfi Brea was very well muzzled.

In any case, we will have witnessed a very good match, with points and hanging games, which will have led to the 6/3 6/4 victory of Alix Collombon and Jessica Castello who offer themselves their second quarter together in an Open from World Padel Tour.

Next round against the second world pair, Paula Josemaría Martín / Ariana Sánchez Fallada who made short work of Anna Cortiles and Xenia Clasca by winning 6/2 6/0.

A match that will be followed live on thea Youtube channel of World Padel Tour.

Want to see our live commentary of the match? It is by HERE !