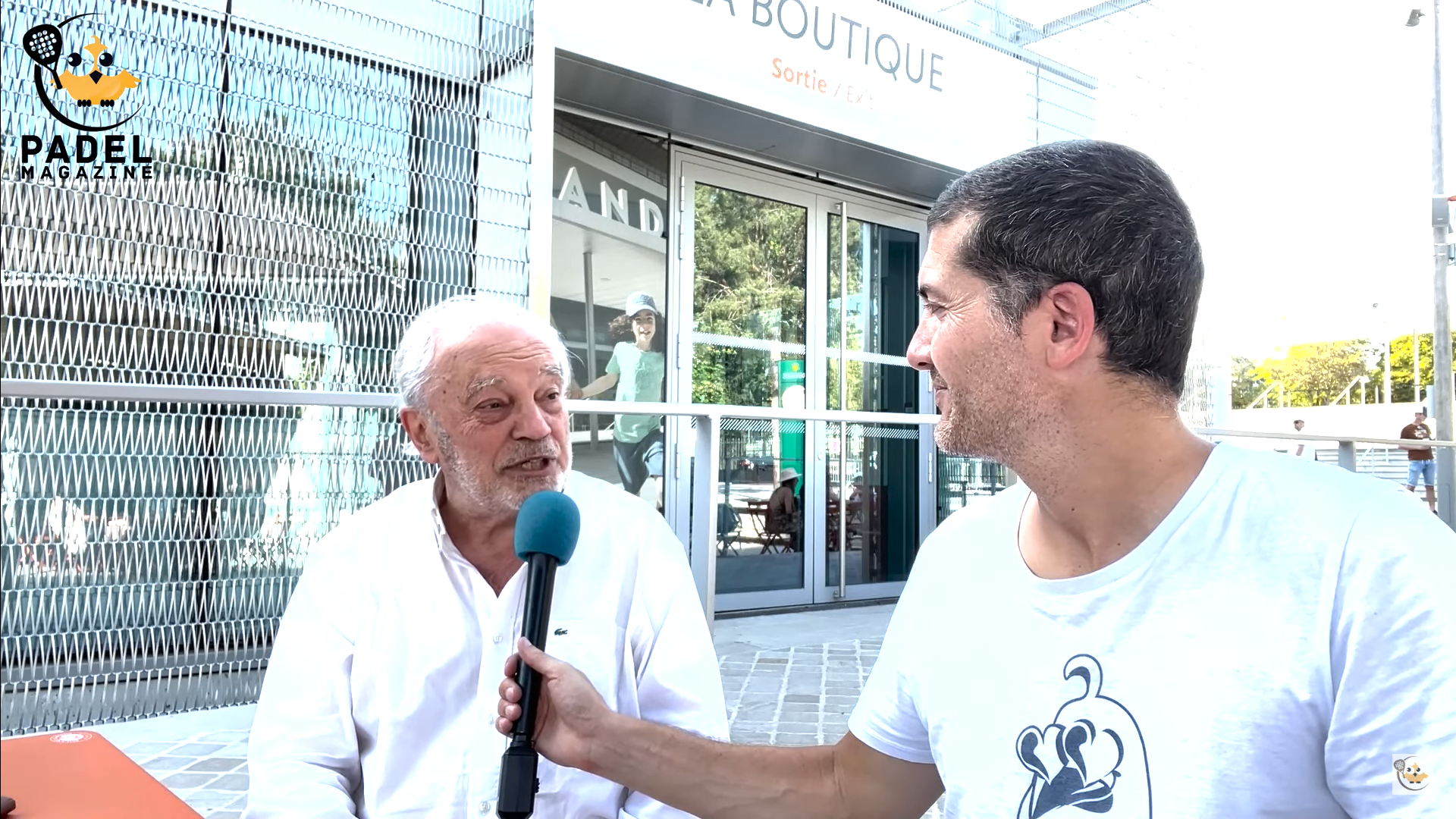 The founder of Tennis Magazine and father of Antoine and Louis Couvercelle, who are at the head of the Big Padel Merignac, Jean Couvercelle, went to the microphone of Padel Magazine when Greenweez Paris Premier Padel Major to answer our questions.

Padel Magazine : You got into the padel, both on the ground and as an investor. How did this adventure come about?

Jean Couvercelle “It's on two counts. Because first in Tennis Magazine, I immediately gave a small place to padel and especially thanks to you (Franck Binisti). I was immediately seduced by this sport which I had the chance to discover in Spain with the family. And besides, it was there that the idea was born of creating a club one day, which became the Big Padel from Merignac.

I would even say that we were precursors in this case since we hosted a special notebook, which was called " Padel Magazine “, within Tennis Magazine, in the center of the newspaper. There were 16 pages I think, and there was really plenty to read. It was an appointment that we fixed for the readers and an appointment for the future.

It was a real innovation because I believed a lot in the future of this sport, even if at the time it was not very well known. Moreover, within the newspaper itself, not everyone was very convinced of the usefulness of developing this sport.

Every month, there was a part reserved for the padel, and to tell you, I didn't imagine at the time that it would end with a tournament here at Roland-Garros with this international dimension.

Everyone who has followed Tennis Magazine faithfully knows that we are open to padel very early. It was a form of audacity, but which today is being rewarded. Even if it is a posteriori, I am very happy.

As we have a club of padel in addition, we are particularly proud to have created these two things at the same time. »

"The padel is part of the big tennis family”

Padel Magazine : Today you are no longer linked to Tennis Magazine, but don't you sometimes say to yourself that it's a pity that they didn't renew this "confidence" towards the padel ?

Jean : "Yes, it's a shame because today the padel is part of the big tennis family. It is integrated into the French Tennis Federation, so in all respects, it's a shame.

In many tennis clubs today, courts padel are installed and I think this will be done more and more. So therefore, apart from the private clubs which are doing very well, I would say that today it is part of this family. the padel has its place (in this family) and will have it more and more I believe. »

Padel Magazine : Tell us a bit about the beginnings of Tennis Magazine. How did you get started in this magazine that is in the hearts of many?

Jean : “It was also daring at the time, because we were starting from a blank page. Creating a newspaper means having to imagine all the content, all the sections to try to meet the expectations of those who were interested in tennis at the time. There were a lot of people and it was a growing sport, a bit like padel today.

I took risks at the time, I was relatively young and I said to myself “I'm going for it”. At the time, I worked for France Soir, which was a major daily, the largest in France. I left this newspaper to create Tennis Magazine because I wanted to do it in its own right and not do it in addition to something else.

It was a lot of anxiety to know if it was going to meet the expectations of those who shared a taste for tennis like me. And fortunately I believe that we aimed just enough so that those who liked it could meet and find all the answers they could expect. »

“Each month we gained readers, each year we gained market share”

Padel Magazine : How in a few words can you describe this adventure? There were ups and downs I guess?

Jean : "No, there was only growth, but that said, it was very difficult because we were in a market already occupied by another magazine: Tennis de France, a magazine that belonged to the president of the federation, so it was very complicated compared to that.

We played our card, and those who helped us were the readers because they immediately joined the magazine. Consequently, it allowed us to grow: each month we gained readers, each year we gained market share.

There really wasn't a dip. There were spikes depending on the results, with the Davis Cup for example. And that until tennis declined a little bit. From the moment tennis declined, obviously the newspaper also lost some readers. In addition, this is part of a time when the written press is not necessarily at its best, even if there is always a place for the paper press. I am sure of it.

We have evolved throughout these 40 years in the content, in the presentation of subjects, that's normal. But above all there were immense moments of pleasure and passion shared with those who accompanied us: the readers, the partners and the players, the tennis players of course. »