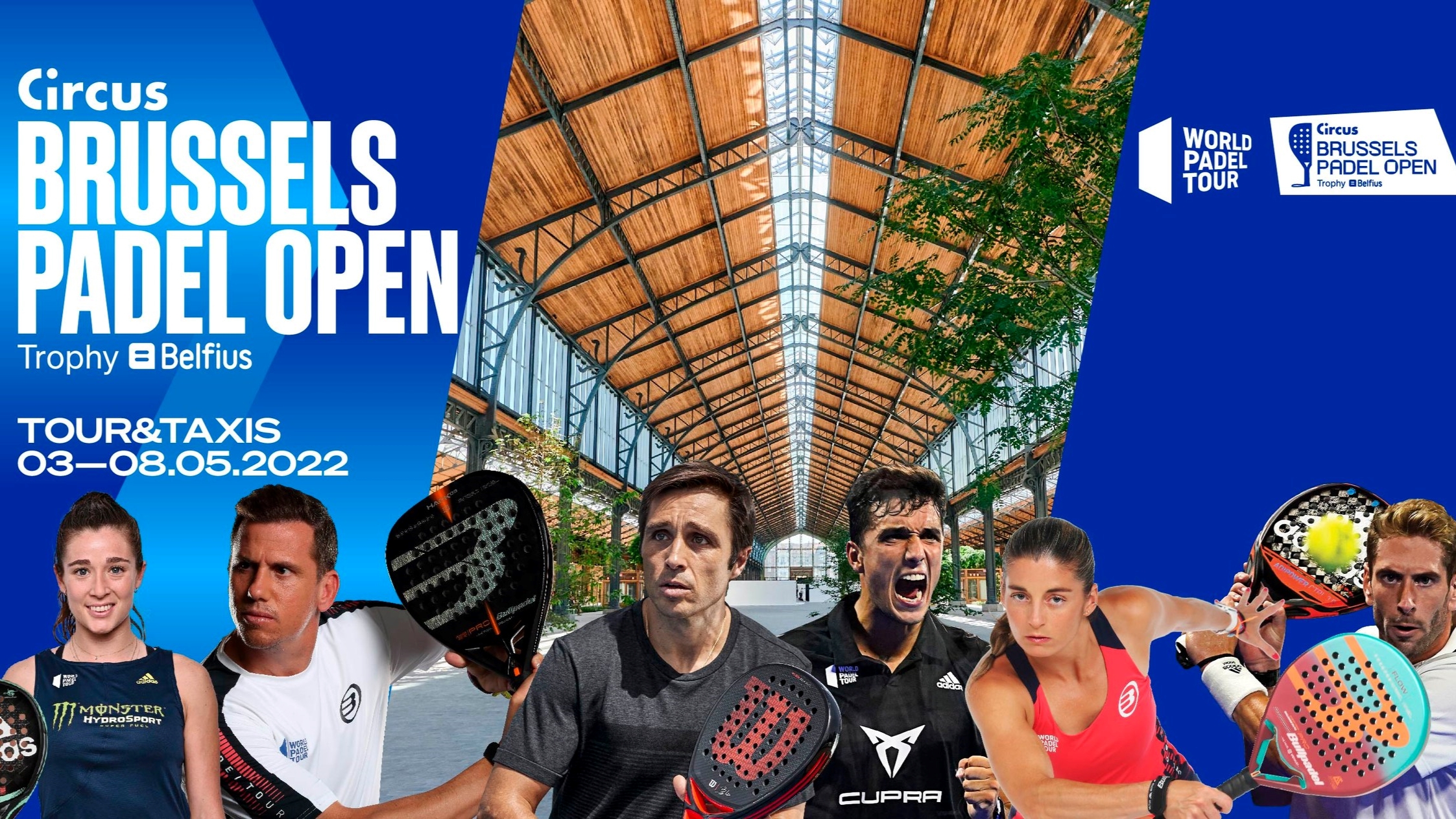 While at this very moment the Challenger of Albacete is disputed, the tables of the next World Padel Tour Circus Brussels Open have just come out.

We expect a lot of spectators in Belgium, and very big matches!

Beginning of hostilities for the French this Sunday at 10:00 a.m. with Maxime Moreau who will enter the track alongside Bram Meijer. The Franco-Dutch pair will face Jaime Menendez Gil and Adrian Ronco. In the process it will be the turn of Bastien Blanqué to enter the arena with the Mexican Pablo Acevedo face Saul Rubio Ponce and Pablo Crespo Bernal.

A little later in the early afternoon, the new pair made in France will start its very first competition. We are obviously talking about Johan Bergeron and Thomas Leygue, who will face the locals at Isaac and Xander (Wild Card).

As for Benjamin Tison and Teodoro Zapata they will begin the competition Monday at 16:00 p.m. against a qualified pair.

The French should not tremble

As usual France will be represented by our two French Champions Alix Collombon et Léa Godallier from the 1/16th finals. The Lyonnaise associated with her partner Jessica castello will begin Wednesday at 11:00 a.m. opposite Cecilia Reiter/ Julia Polo, a pair they have already beaten this season. In case of qualification they would find Delfina Brea and Tamara Icardo from the 1/8th finals.

Léa Godallier will begin a little later in the afternoon with her teammate Teresa Navarro facing the new pair Villalba/Nogueira, who impressed in Albacete with a victory in two sets against Castello / Collombon. A really not easy first lap.

One thing is certain, it will smell like powder in Brussels.

Among the gentlemen from the first day of the table we will have a very interesting meeting between Jesus Moya – Anton Sans Riola face Javier Garrido Gomez et Lucas Campagnolo. The winners of this match may be opposed to Fernando Belasteguin et Arturo Coello. But for that, they will have to qualify against Ramiro Moyano and Juan Cruz Belluati.

In the ladies we will be able to see a match which promises to be hot between Marta Ortega – Beatriz González et Lorena Rufo – Sofia Araujo Wednesday afternoon. Later in the day it will be the turn of Elisabeth Amatriain and Carolina Navarro to enter the arena in front of Barbara Las Heras and Veronica Virseda. The winning team will have to be in good shape because the next day they will face the world number 1 Alejandra Salazar and Gemma Triay.