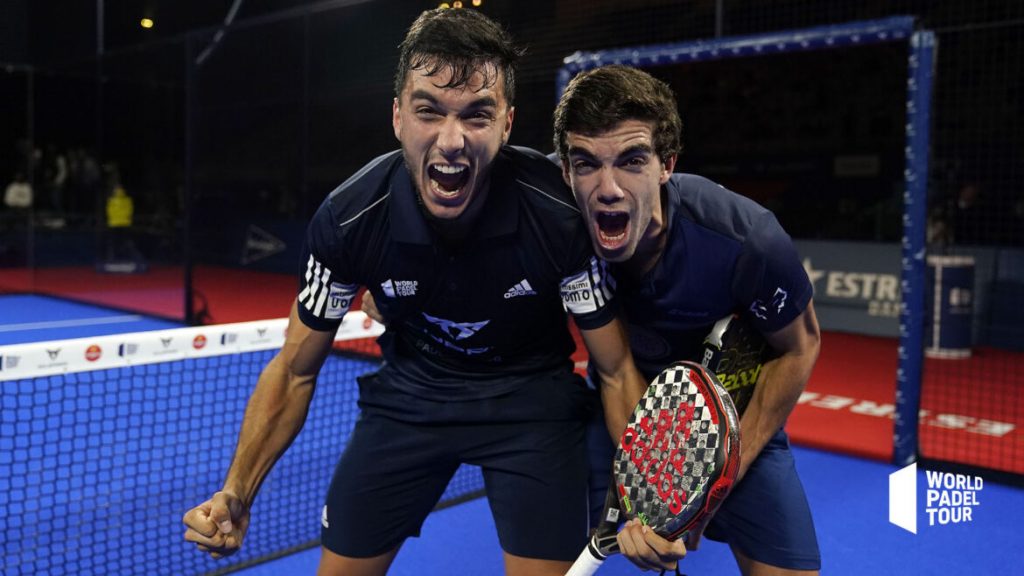 Ale Galan and Juan Lebron won today in the final of the Estrella Damm Barcelona Master of World Padel Tour opposite Stupaczuk / Gutierrez.

And 5! Ale Galan and Juan Lebron assert their domination on the world padel a little more with this 5th victory in 8 tournaments in 2020. Eliminated from the last two tournaments in the semi-finals and a little hung up on the previous rounds in Barcelona, ​​the number 1 was keen to show everyone that they are still the bosses of the circuit.

Losing their serve at the outset, Stupa and Sanyo chased the score all the first set without ever being able to get a break point. Confidence by this first set won, the Spaniards let go of the horses in the second round, leaving their opponents no chance.

A victory 6 / 4 6 / 1 without having conceded a single break point in the entire match. Gutierrez / Stupaczuk will have fought but they decidedly do not manage to face this pair who has dominated them five times in as many encounters this season.

32 winning moves for only 4 unforced errors in this final, the padel practiced by Galan and Lebron is ahead of what all the others can offer. Not always dominant in this tournament, each time they have mastered the most important points.

Their opponents now have two weeks to try to find solutions to counter this real padel hurricane. See you in Alicante where the numbers 1 will once again be favorites.