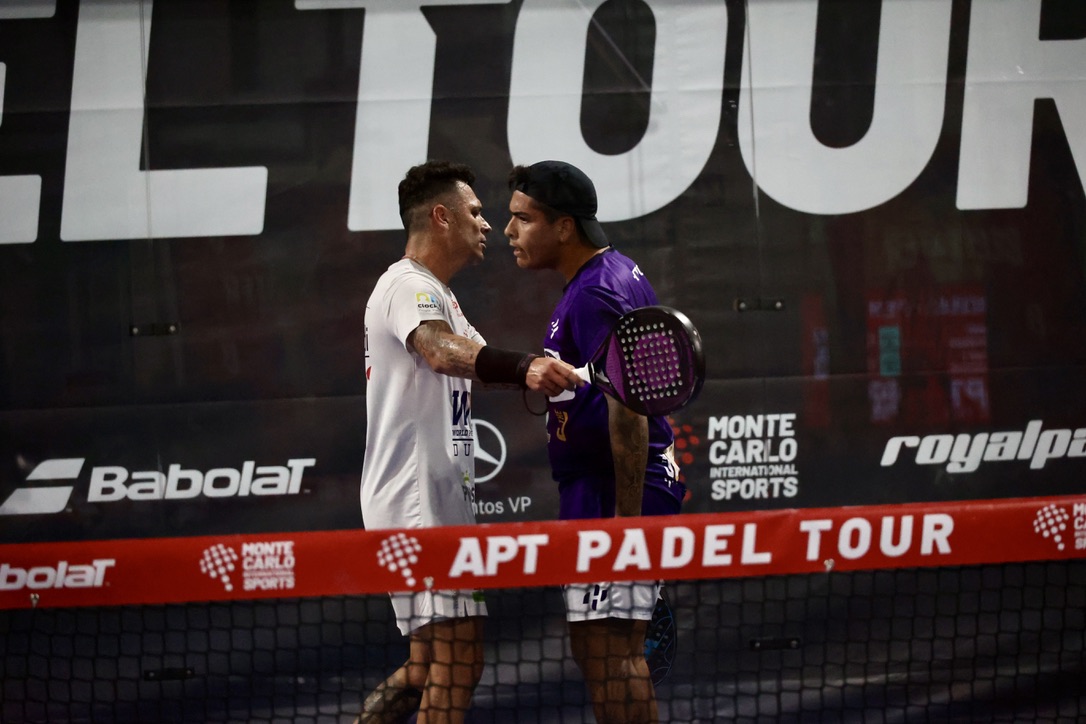 The most intense day of theAPT Padel Tour offered us a very large amount of matches. From padel from morning to evening to the delight of the many children present in the stands.

For their first real big test, Tito Allemandi and Tolito Aguirre dominated Juani De Pascual and Maxi Sanchez Blasco in a very spectacular match. The Argentinian media pair qualify for the quarters, and position themselves as a contender for the title.

Pablo Barrera and Andrés Britos are also back! After an impressive start to the season, the Argentinians had been somewhat forgotten with poor results due to poor physical condition. The match in 3 sets against Da Cunha / Flores proves that this pair has signed its return.

No.1s Dal Bianco and Arce had a tough first game against Javier Perez Morillas and Jose Luis Gonzalez, but the exceptionally fit Argentines prevailed without leaving too many forces in the fight. See you tomorrow for the shock of the day against Tolito / Tito.

The surprise of the day is the defeat of Oliveira/Torre against Mouriño/Pereyra.