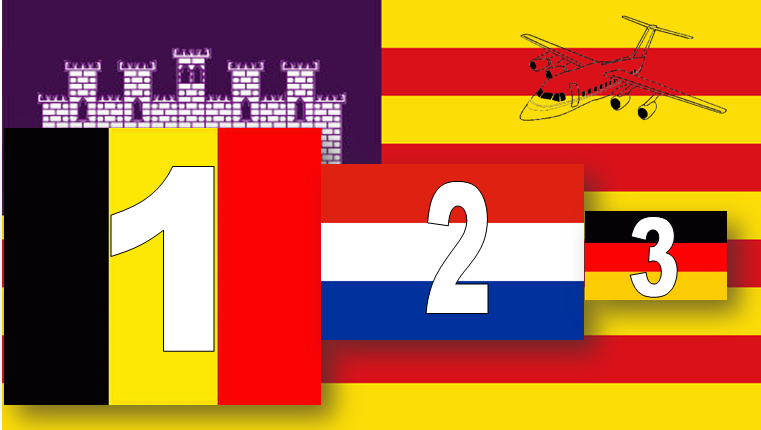 Padel Magazine - What a spectacle! For 3 days, 5 teams (made up of 7 players and a coach) competed to obtain the 3 tickets for the final stages of the world championships. It is Belgium, the Netherlands and Germany that we will finally find in Spain at the end of October.

Several teams have distinguished themselves, which is why we will start with the host country: Belgium. She managed to beat all the teams. It must be said that on paper, these red devils had a team built to go to the end. The Belgian Team could also count on Laurent Montoisy, one of the best Belgian tennis players, who chanted “GO BELGIUM” and an audience who had largely chosen their camp at the magnificent club of Padel from Gent (Padel4U2).

The Dutch and Germans have taken the last two qualifying places and will certainly have to go through the Spain and Argentina box to hope to go further in these final stages. While the Belgians could fall in the hen of the brazilians ...

To discover all the pictures of this event:

The French were the major absentees of these qualifications. They were nevertheless able to be noticed during an exhibition with Henri Leconte (And Xavier Malisse) and a beautiful French victory (Franck Binisti and Henri Leconte) against the Belgian team (Julien Evrard and Philippe Werts).

Appointment to Palma de Mallorca at the end of October for the final phase of the padel world championships.