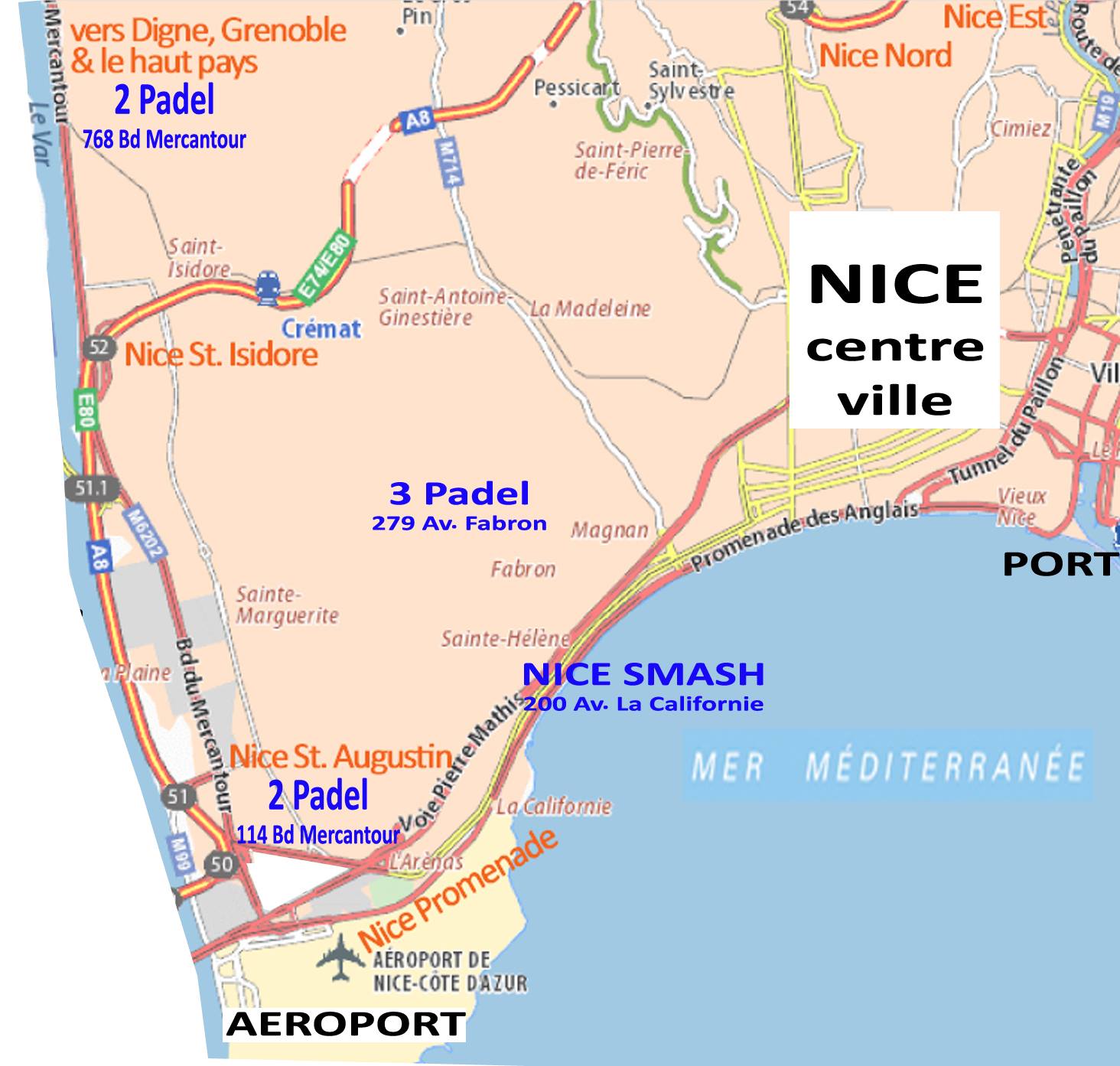 Eric Cablat, the owner of the nice-smash.fr store in Nice, announces that he is particularly happy to see his city finally get into the padel seriously.

The 5e French city is indeed going from 2 fields to 9 padel courts in early January. Nearly all the fields will be ready for the 1er 2019 quarter.

If we add up the number of lots around Nice, we go beyond the 20 fields with Eze, Monaco, Sophia Antipolis, Mougins, Cannes, etc.

With Nice LTC, the Nice Mercantour Sports Complex, the Nice Giordan Tennis Club and the Ultra Sport, Nice is definitely in the big leagues.

Below, an illustration by Nice Smash.