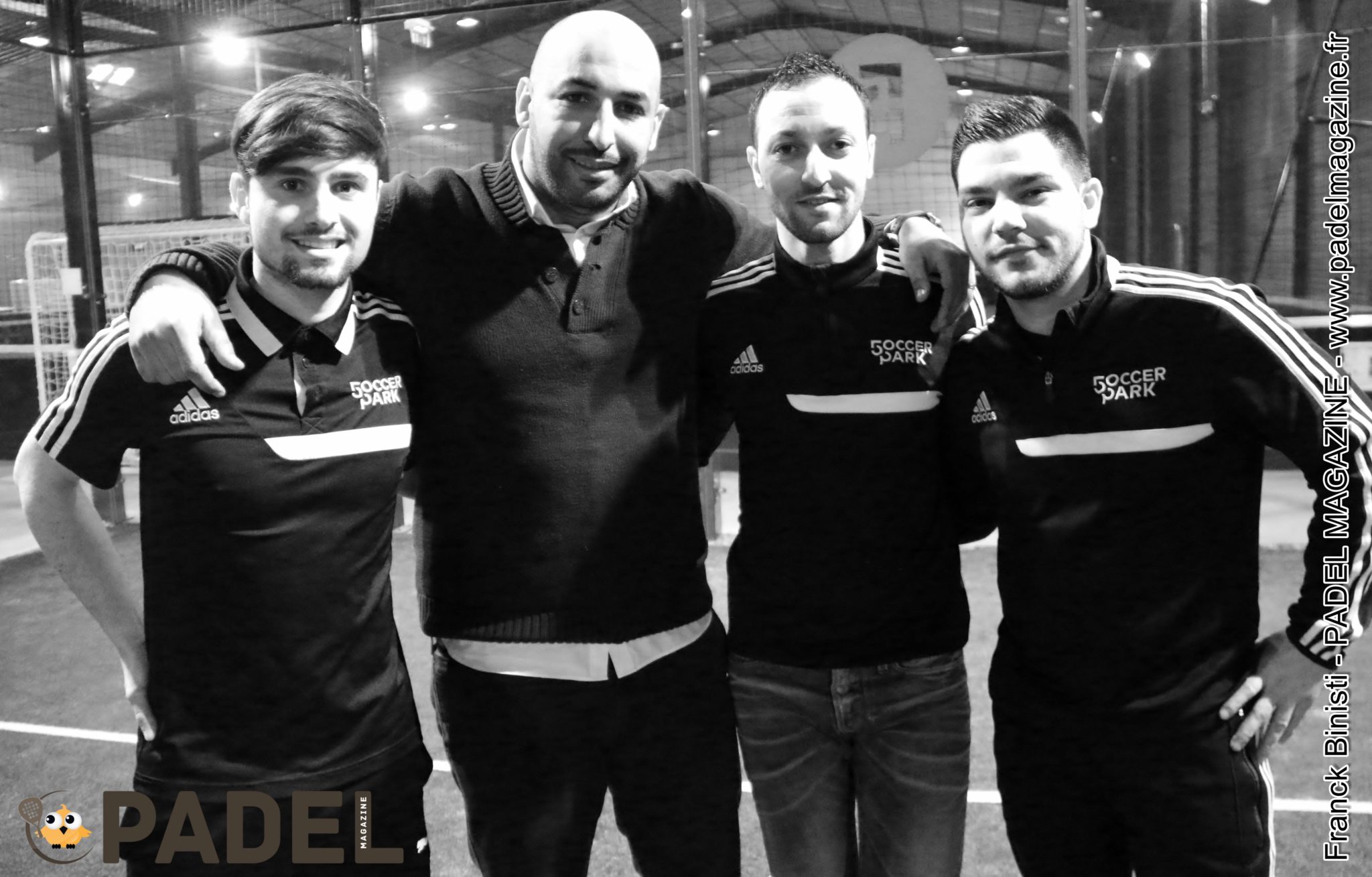 Padel Magazine - Wednesday March 4th was a big day for the Orleans SoccerPark. The inauguration of its center shed light on the new facilities and innovations of SoccerPark.

First, the grounds of padel azure blue blending perfectly into the “nightclub limit” atmosphere totally seduced us. Two courts with plenty of room to go out and lob. Thierry Grandgeorge, General Secretary of the Center League FFT, has already scheduled qualifications for the final stages of the French championships in this great club!

In addition this padel club has become the refuge of a number of beach tennis players. They got caught up in the game, and only hope for one thing, "the ability to adjust the height of the net on the ground“. A very interesting idea launched by these beach players who however never say no to a good part of padel...

Then the 3 half-time padel is important! And here, Soccer Park has done very well by offering an exclusive bar version. Take a leap on our facebook page and you will understand the atmosphere that can be.

The padel is very well gone in the area. The director of the center, Farouk MELLOUK explains it so very clearly: " It's pretty unexpected. It was thought that there was going to be a start-up phase, and there was finally at the padel an unexpected fervor".

And this is only the beginning, because all the municipality is invested in this project. Fleurie Aubrais finally has its center of football and paddle, and according to the Mayor, "the entire municipal team has decided to help and accompany this sports center in this area of ​​activity".

All the lights are green for this sports center is a reference in the center.