The team made up of many APT players recorded yesterday the reinforcement of Sofia Araujo and Ana Catarina Walnut, respectively 20th and 28th in the ranking of World Padel Tour ! The Menorca Open quarter-finalists came to lend a hand to their delegation and both brought a point to their team in the final, respectively with Leninha Medeiros and Filipa Mendonça.

Last but not least, Katia Rodrigues and Margarida Fernandes, victorious in the Open (6/3 6/4 against locals Nerea Olano and Cristina Gonzalez Moro), brought the last point to their team.

Among the men, the final was more hooked, the Basques striking from the start with the surprise victory of Pedro Echarri Leiva and Joseba Diego Allende against the APT players Diogo Rocha and Nuno Deus: 6/1 3/6 6 / 3! But Portugal quickly reacted, bringing in their best pair, the one made up of Miguel Oliveira and Vasco Pascoal. 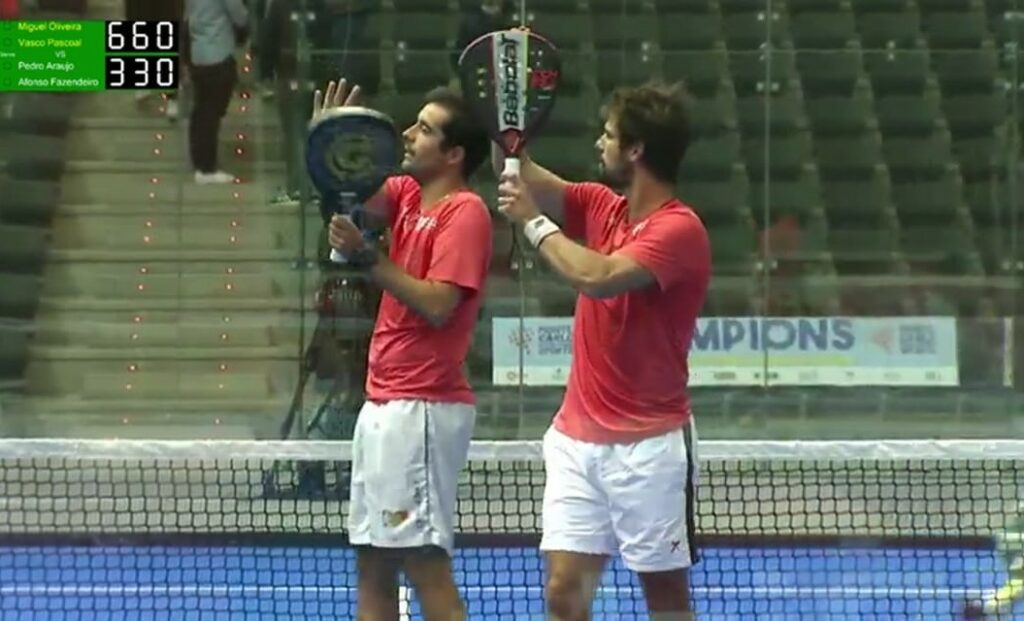 The Open winners (6/3 6/3 in the final against Araujo / Fazendeiro), did not do in detail against Lasheras / Franco: 6/1 6/2! They are then the unfortunate finalists of the Open, Afonso Fazendeiro and Pedro Araujo who finished the job against Gomez / Moreno: 6/3 6/4!

The spectators who came in large numbers to the wall on the left Bizkaia de Bilbao will have been able to enjoy a superb show, with local players who gave their all in front of spectators obviously fully committed to their cause. The favorite nation imposes itself logically but not without having suffered. As you will see in this video, it was in a very nice atmosphere that the Portuguese celebrated their victory!

For those who would like to see the matches again, it is by RIGHT HERE !