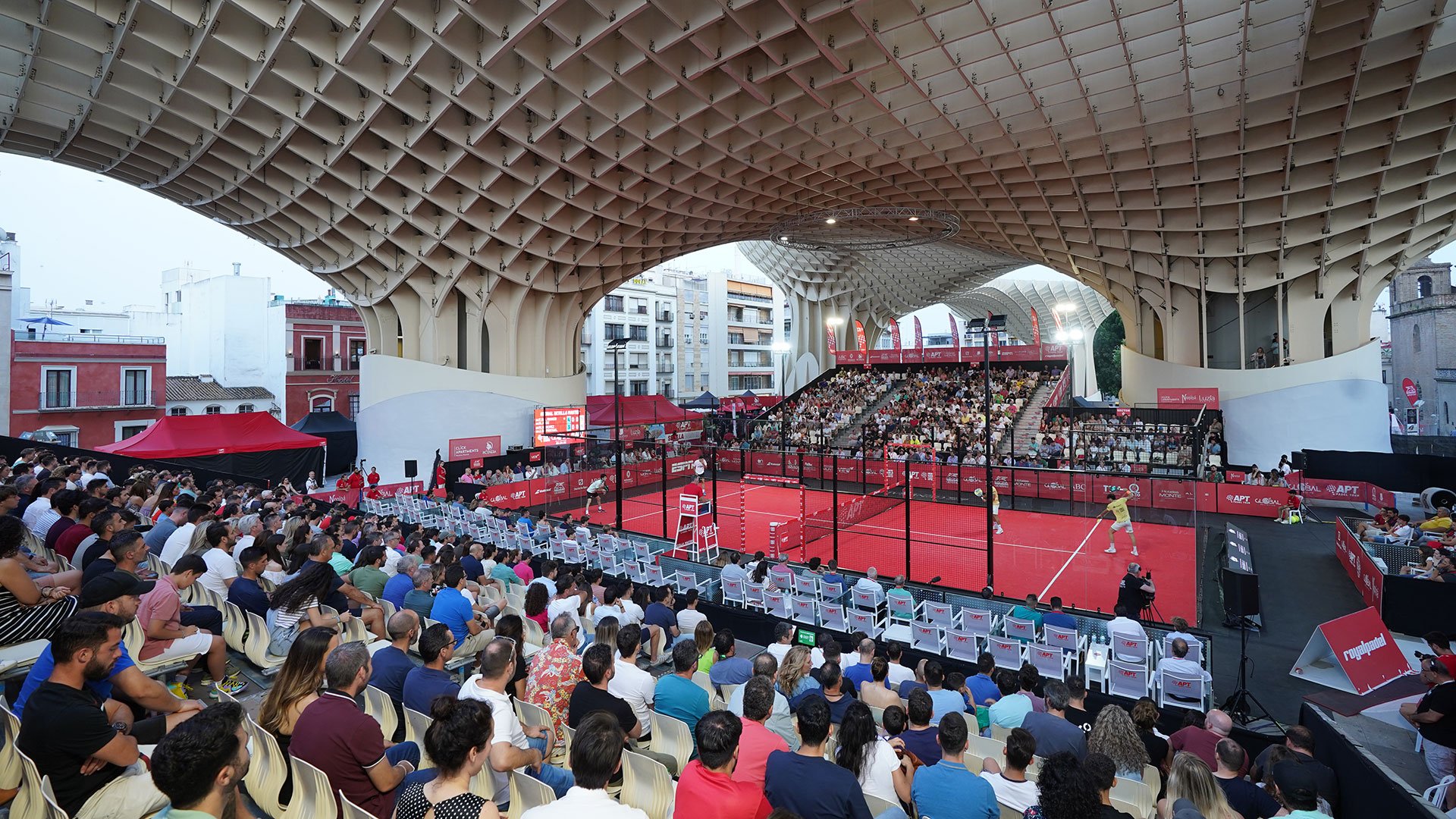 The start of the match is positive for Juani De Pascual and Maxi Sanchez Blasco who show that Argentina does not have to worry about the future of its national representatives! The youngsters seem to dominate with white service games, but Arce / Dal Bianco take advantage of a slight drop in speed to make the break.

The n°1s remain solid on their serve and win a set that they have not completely dominated. This is also what makes this pair so competitive on the APT Padel Tour.

Juani and Maxi impress again at the start of the second set with in particular small drop shots which show the overflowing talent of Juani De Pascual – 17 years old only.

Franco Dal Bianco and Maxi Arce do it again from the first set. They save break points, then take the serve of their opponents in stride. The Argentinians will have won all the important moments of the game. Maxi Arce concludes the match with a three-way outing that he will remember! 3/6 4/6

From the first exchanges of the match, we understand that the spectators came to support Tolito Aguirre. His very attractive game appeals to the Sevillian public, and the four men put on a show until the tie-break.

Alex Chozas is excellent, as he has been all week, Facundo doesn't make any mistakes, and Tito accompanies him with some flashes of genius. The two pairs went blow for blow, but it was Alex Chozas who made the difference with two big smashes at the end of the tie-break. 7/6

The second set goes up a notch in intensity. Spectacular exchanges multiply, and the public finds it difficult to sit. It was Tito Allemandi and Facundo Dominguez who made the difference with a break that gave them the set. The third set was the only fair option for this match!

The four players warm up the public who enjoy a festival of puntazos. The games are very tight and the players have to draw on their reserves, in particular Allemandi, who calls on the physiotherapist, and especially Chozas, who suffers from cramps.

As a symbol, the match offers us a new tie-break. Chozas can no longer walk and despite all his selflessness, it is finally Allemandi and Dominguez who win in this exceptional match: 6/7 6/4 7/6.

If you weren't able to see the matches, we invite you to watch them, especially the Tolito – Tito duel which set Sevilla on fire!