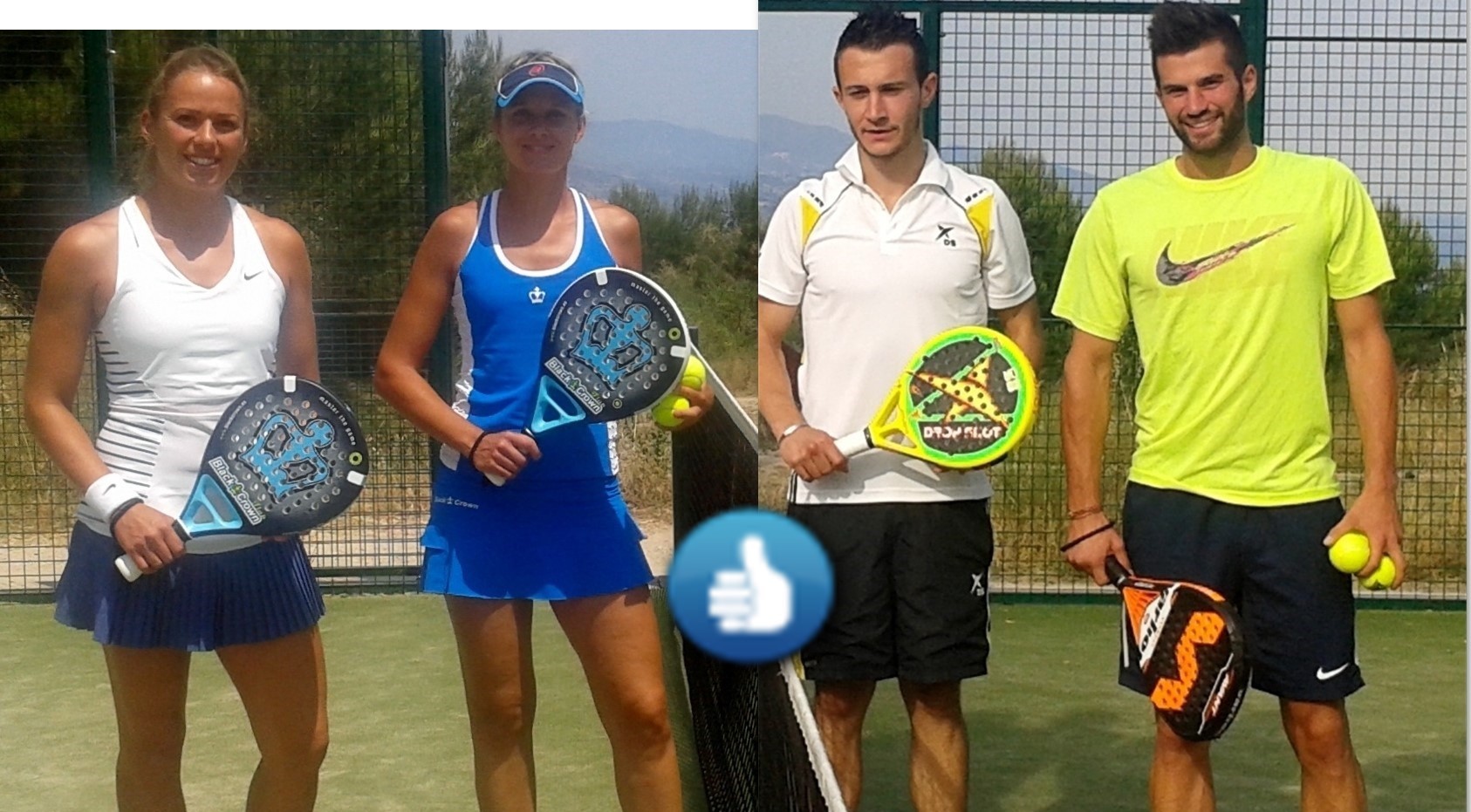 On June 6 and 7, the Beausoleil club offered its 2nd tournament padel approved (at the French Tennis Federation) of the club organized by Kristina Clément.

This time, we had this time 2 categories: men and women.

30 pairs of players have registered (including 6 in the female category).

A plateau of very high level composed of many players among the best French players in both girls than men.
Under a wave of great heat throughout the weekend, the games were held at the best 9 games with No Ad.

After a start of the tournament in pools, the best male pairs were found logically 1 / 4 final in the big board OR and the second and third of hens in a table SILVER.

A big surprise came with the elimination of one of the favorite Pastor / Haziza pairs in the quarter-finals after having led 8 / 4 against Vinciguerra Moreau (who ended up winning 9 / 8).

Team Aix Boulade-Ferrandez made the trip to Beausoleil ... Well took them, since she finally won the tournament against the very experienced team Patrick Fouquet - Gilles David on the score 6 / 3 6 / 4 in the final.

Laurent Boulade, one of the best French forwards, had been struggling for many years to find the right player on the left. Jerome Ferrandez comes at the right time and the least we can say is that he assures with his back with two hands to the Pablo Lima. We thought they would hatch earlier, especially at the Real Padel Club Open more than a month ago. But the day before the Open, the pair had to forfeit because Ferrandez had stuck a finger in the intersection of two windows ... Fortunately more fear than harm.

In the SILVER table, Delaboudinière and Perrot easily wins the table against the pair of club Becker / Payret.

For the girls, the favorite Damiano / Pironneau pairs have logically been in the final against Godard / Sorel.

The next homologated tournament is scheduled for September, to give way during the summer to night tournaments (mixed snowshoes, etc.).